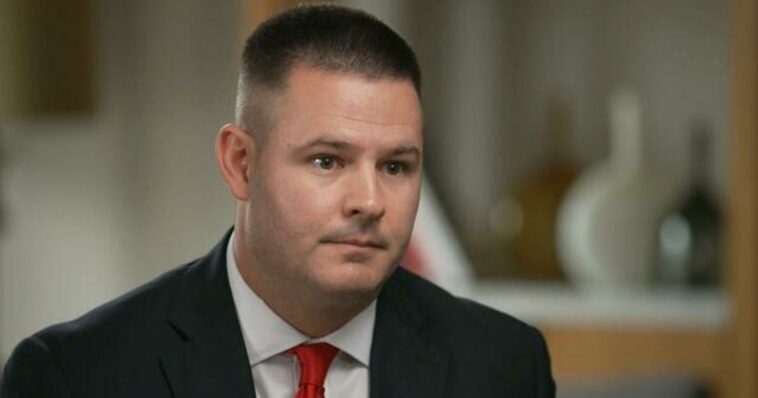 Documents reviewed by CBS News suggest Shirzad applied for a special immigrant visa as early as 2016.

Former Marine Mike Donoghue speaks with deep respect of an Afghan translator who embedded with his unit in 2009. For security reasons, CBS News will refer to the translator as Shirzad.

Shirzad is still in Afghanistan. He’s been in hiding since the Taliban’s takeover, and Donoghue said it won’t be long before the Taliban find him and his family.

“Could be hours, could be days. I’m just hoping he makes it back,” said Donoghue.

Documents reviewed by CBS News suggest Shirzad applied for a special immigrant visa as early as 2016. Donoghue said the process was botched and he re-submitted Shirzad’s papers, along with multiple recommendations from the U.S. military.

“Every moment I’m in danger,” Shirzad told CBS News. He’s hiding in a safe house in Afghanistan that’s littered with garbage and filth.

Shirzad said he was taking the risk of speaking to the media because he has only two options: Get his message out and get to the U.S., or face the very real prospect that he and his family will be killed by the Taliban.

“Every moment, I feel the Taliban will find out, and they will kill us,” said Shirzad.

After narrowly escaping a suicide bombing attack at Kabul’s airport, Shirzad fled the city with his wife and children.

“God, what did we do to these people? What did we do? We left them. We abandoned them,” said Donoghue.

A State Department spokesperson would not address Shirzad’s case but told CBS News that special immigrant visas were being processed at “an accelerated rate,” and that the department would continue its “relentless efforts” to help vulnerable Afghans.

“If you’re ‘relentless,’ you look…

Back to Top
Close
X
Afghanistan: Taliban says public executions will return under current rule…NewswirePeoples' GazetteThe Taliban says it would revive punishments like executions in its new rule over Afghanistan, warning the world against interfering w…

Left behind after U.S. withdrawal from Afghanistan, an interpreter now hides to avoid being killed by the Taliban

X
Taliban hang dead body in Afghan city’s main square…NewswireThe SMHThe Taliban hanged a dead body from a crane in the main square of Herat city in western Afghanistan, a witness said on Saturday, in a gruesome …