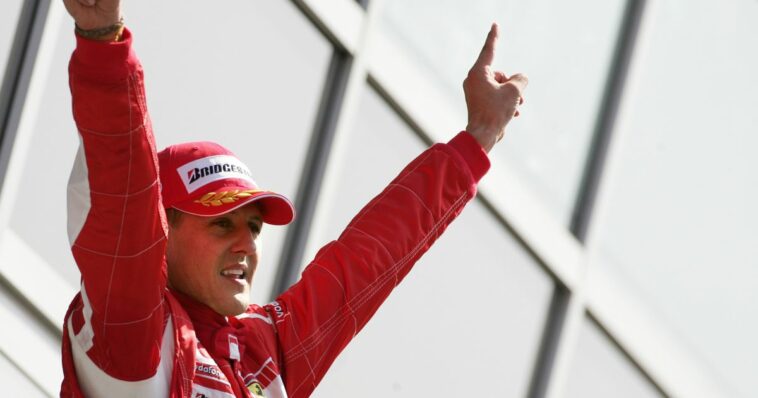 It was the debut that paved the way for one of the great F1 careers.

At the 1991 Belgian Grand Prix, Eddie Jordan put his faith in the relatively unknown Michael Schumacher. The then 22-year-old stunned everyone by qualifying seventh, matching the Jordan team’s season-best position, and although clutch problems on race day resulted in an early retirement – his potential was plain to see.

Indeed, that one showing was enough to persuade Benetton to quickly sign him up, and a legendary career that yielded 91 race wins and seven world titles was to follow.

However, whilst (Eddie) Jordan could be credited for putting his faith in rookie Schumacher, the chance to shine so early only came after a twist of fate.

At the time, Bertrand Gachot was considered one of the sport’s most promising drivers. At 28, the former 24 Hour of Le Mans champion had been signed by Jordan when in late 1990, he became involved in a road rage incident with a taxi driver at Hyde Park Corner in London.

He was later charged with ABH and his trial scheduled the week before the Belgian Grand Prix the following August. The Frenchman had claimed self-defence, and expected a fine or suspended sentence, but instead was sentenced to 18 months in HMP Brixton.

After just two months his sentence was reduced by the Court of Appeal and he was released, but in the process missed four Grand Prix’s, including that weekend in Spa. It prompted Jordan to turn to Schumacher as his replacement.

And didn’t Bertrand know about it…

Back to Top
Close
X
'Now that I think of it…I am ashamed':Chris Cuomo had to apologize for grabbing ex-bos…RifsDaily BeastChris Cuomo had to write an apology email to his former boss, veteran TV reporter Shelley Ross, after grabbing her rear-end at a party in 2…

X
Bill Gates says vaccines are the best investment he’s ever made, revealed he inv…RifsBy Daniel Levi Over the past decade, billionaire and Microsoft co-founder Bill Gates has been criticized for pushing Big Pharma vaccines and medicines…