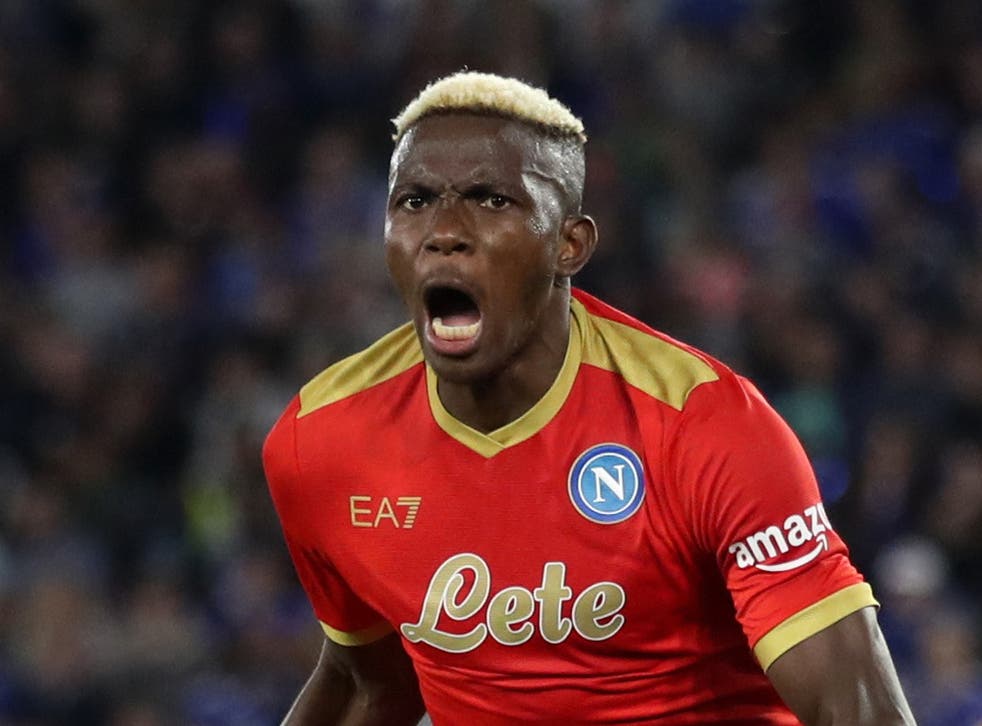 ROME (AP) – Height. Speed. Skill. A willingness to lend a hand in defense.

Victor Osimhen possesses all the ingredients of a modern-day striker, and the 21-year-old Nigeria international has played a big role in Napoli´s perfect start to Serie A.

With five goals in his last three matches, including his late brace to secure Napoli a 2-2 draw at Leicester in the Europa League, Osimhen is showing why the Partenopei paid a club-record transfer fee of 70 million euros ($82 million) to acquire his rights from Lille last year.

“He knows how to do it all,” former Napoli forward Careca, who teamed with Diego Maradona when the southern club won the last of its two Serie A titles in 1990, told Corriere della Sera. “He moves well, he can leave space for his teammates and come in from out wide toward the goal. He´s never still and when he accelerates he leaves defenders grasping for air trying to follow him.”

The 6-foot-3 (1.90-meter) Osimhen showed glimpses of his potential last season in between a series of physical problems.

He broke his shoulder while with Nigeria´s national team in November, tested positive for COVID-19 in January then was the victim of cranial trauma during a game in February against Atalanta.

Osimhen also got off to a rough start this season when he was sent off during Napoli´s opener against Venezia for angrily pushing away a defender.

But at Sampdoria on Thursday, he produced two goals and nearly scored twice more in a 4-0 win.

“He works so hard in everything he does,” new Napoli coach Luciano Spalletti said. “Sampdoria pounced on us from the start, but that left huge gaps behind their defense, and in those situations Osimhen is devastating. When the game isn´t going well, you have to try to get something on an individual level and that´s what we did.”

In April, Osimhen also showed off his humane side when he made an appeal on social media to put him in touch with a one-legged woman photographed selling water on the streets of his home city, Lagos.

“It hurts me to see you like this,” Osimhen said when he spoke to the woman a day later. “I´m here to help you.”

On Sunday, Osimhen will be expected to help Napoli by scoring more goals against a winless Cagliari side.