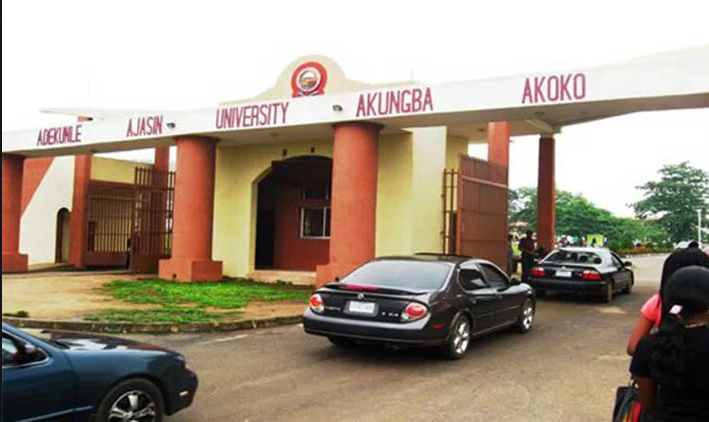 Adekunle Ajasin University, Akungba-Akoko, Ondo State has threatened to rusticate any student involved in any form of indecent dressing.

The management of the school gave the stern warning in a circular obtained by SaharaReporters.

The circular dated September 7, 2021 states that anyone who fails to comply with the directive will be rusticated from the school for a semester.

The circular with reference number AD/ REG//CIR/58/VOL. VI/309 was signed by the registrar of the school, Olugbenga Arajulu.

“This is to inform you that the Senate had at its 171st Regular Meeting of Wednesday, 25th August 2021, observed and frowned at (sic) the high rate of indecent dressing among the students of Adekunle Ajasin University, Akungba-Akoko, Ondo State.

“For clarity of purposes, indecent dressing includes, but not limited, to the following: wearing of skimpy skirts and blouses; leaving the cleavages open by female students; and wearing of braids or dreadlocks, earrings, nose rings, tattered jeans, sagging, etc, by some male students.

“After thorough deliberation on the issue, the Senate, in its wisdom, decided that the penalty for indecent dressing shall henceforth be rustication for one semester, effective from 25th August, 2021.

“Any student of Adekunle Ajasin University, Akungba-Akoko who violates the above Senate decision on indecent dressing is deemed to have committed a misconduct and he/she shall be sanctioned accordingly.”

Reacting, human rights activist, Omoyele Sowore lambasted the institution’s Senate for becoming what he described as a “Fashion Police Force”.

He wrote on Facebook, “This bizarre, backward and belligerently insane memo emanated from a Nigerian University, to be specific, this nonsense, was released from Adekunle Ajasin University in ONDO state,

“This state is always touted to have produced some of the best brains in Nigeria and now the Senate of the University must have recently appointed a ‘Hisbah’ commander as its Vice Chancellor and the only thing the university could do was turn its Senate into a Fashion Police force.”

“It doesn’t get worse than this,” he said.

He noted that there is something wrong with the “crop of leaders managing every aspect” of life in Nigeria.

“How on earth do you rusticate a student for one semester for indecent dressing?” he asked.

“Every member of that University Senate who signed up to this rubbish should be fired for indecent reasoning! And as for the students, I dare say, RESISTANCE is your best bet! Aluta Continua! #RevolutionNow.”

X
Housing scheme: FG to allocate houses online through first-come-first-serve basi…More Rifs  Nairametrics The Federal Government has said that houses under development in its various housing schemes would be allocated through online app…