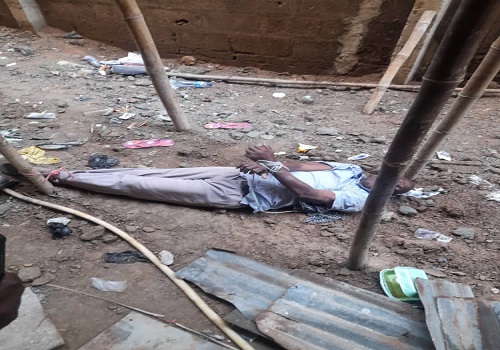 Operatives of the Lagos Police Command have rescued Reuben Alozie tied to a stake over alleged N4.6m debt.

Alozie was alleged to have been tied by his creditor, Oluchi Okoye alias PACA at 29, Abeokuta Street, Ebute Metta from September 22 to 23 before his rescue.

Ajisebutu said Alozie’s wife had complained to the police that Okoye deprived her husband his right to liberty and held him hostage over the debt issue.

But Okoye, Ajisebutu said, confessed to have resorted to self -help after several efforts to recover his money from the victim failed.

“Following the arrest, the Commissioner of Police (CP) Hakeem Odumosu directed that the suspect should be transferred to the command’s tactical team for diligent investigation and prosecution.

“The Commissioner of Police uses this medium to warn people against taking the law into their own hands instead of taking legal actions to seek justice,” he said.

Back to Top
Close
X
Controversy trails alleged NYSC Kidnap advisory in pamphlet to Corp members…In the NewsTVC News Controversy is trailing an alleged advisory to Corp members serving across the country for the one year mandatory national service. The advis…

X
Women elected Mayors in Morocco’s leading cities…In the NewsChannelsMorocco’s capital Rabat elected a woman as mayor for the first time on Friday, meaning three of the kingdom’s main cities are led by women fol…