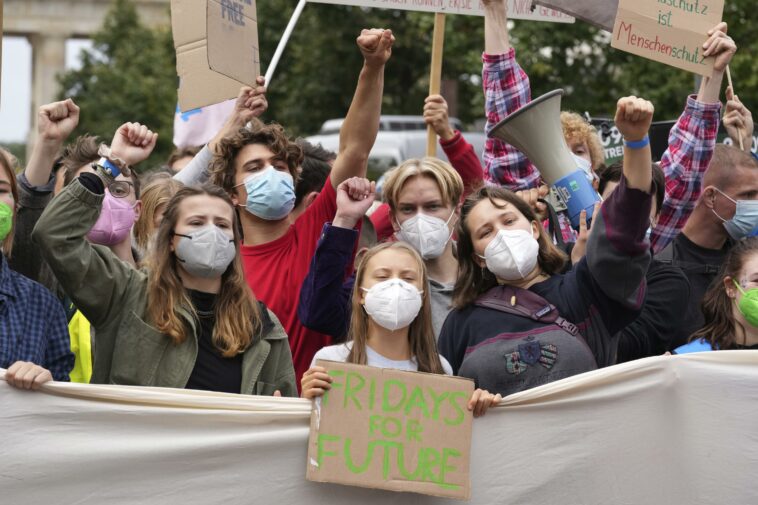 The protest outside the Reichstag in Berlin was part of a string of rallies around the world, from Japan, Indian and Nigeria to Greece, Italy and Britain — amid dire warnings that the planet faces dangerous temperature rises unless greenhouse gas emissions are cut sharply in coming years. Across Germany alone, hundreds of thousands of marchers joined similar protests in several cities and towns.

The idea for a global “climate strike” was inspired by teenage Swedish activist Greta Thunberg’s solo protest in Stockholm three years ago. It snowballed into a mass movement until the coronavirus pandemic put a stop to large gatherings. Activists have only recently started staging smaller protests again.

Thunberg, 18, addressed the Berlin rally from a stage, telling the crowd that voting is important but must be coupled with protests that put politicians under constant pressure.

“We can still turn this around,” she said, to cheers. “We demand change, and we are the change.”

Neubauer has referred to Sunday’s election as the “vote of the century,” arguing that the decisions taken by the next government will influence the country’s efforts to tackle climate change for decades to come. The issue has been a major topic during the election campaign.