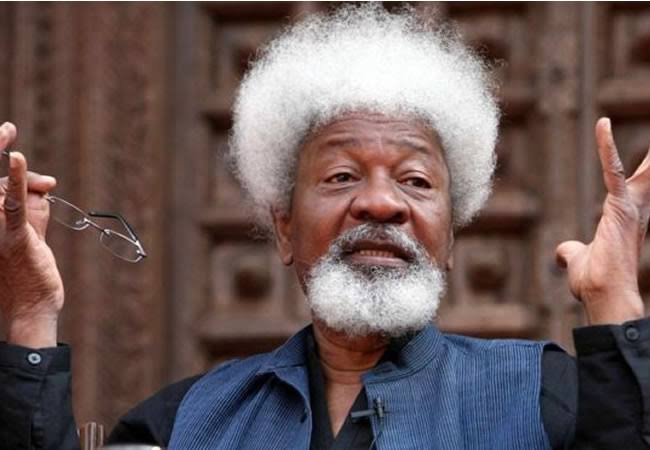 The Nobel Laureate speaks to the Financial Times about his new novel, Nigeria, and the country’s “vanishing humanity.”

Wole Soyinka is vexed by the state of Nigeria. Barely a day goes by these days without a kidnapping of one sort or another — a politician and his retinue in Niger state; two nurses and a one-year-old baby, among others, from a hospital in Zaria; 140 students at a rural school in northwestern Kaduna state. Bandits — as the disparate gangs of armed men roving the country are colloquially known — have abducted at least 1,200 students since December, with around 200 still missing.

Meanwhile, the Islamist Boko Haram insurgency continues into its 11th year in the north-east and separatist movements burble in the south-east. The scourge of banditry has spread to every corner of the country.

“Even during the civil war, I do not believe that we devalued humanity as much as we do today,” says Soyinka, referring to the 1967-70 war that killed more than 1m Nigerians, during which he was held in solitary confinement for two years — scribbling protest poetry on toilet paper and packs of cigarettes. “It’s like something has broken in society, in something I used to take for granted.”

Soyinka, a lion of African literature, is less voluble in the flesh than he is on the page, where he has spent decades skewering sundry African dictators, despots and authoritarians. We meet at Freedom Park in Lagos, where the slight 87-year-old keeps an office. His voice is soft and plummy; his body smaller in person than his iconic white afro suggests in pictures.

The first writer from the continent to win the Nobel Prize for Literature — in 1986 — Soyinka is principally known for his plays. One of them, 1975’s celebrated Death and the King’s Horseman, is being made into a movie for Netflix by Nigeria’s most powerful film producer, though Soyinka says he hasn’t really thought about it much. “It has no particularly special impact on me; I see it as a work of art, a creative piece which can go anywhere,” he says.

For decades, Soyinka and Chinua Achebe were the main global representatives of Nigerian writing. But over the past decade and a half, a new generation of writers in the diaspora and in Nigeria itself — including Chimamanda Ngozi Adichie and Teju Cole — have taken up the mantle. For all his pessimism about the country — “‘hope’ is an expression that I no longer use”, he says — Soyinka is heartened by the explosion of young Nigerian talent in the arts. He says he keeps a stack of novels by young Nigerian writers in his car for reading during Lagos’s notorious go-slows, though he declines to name any lest he leave someone out.

Soyinka’s own new novel, Chronicles From the Land of the Happiest People on Earth, published this month in the UK, arrives nearly a half-century after his last, Season of Anomy (1972) and his 1965 debut The Interpreters. The book is a brutally satirical look at power and corruption in Nigeria, told in the form of a whodunnit involving three university friends. They include a doctor who discovers a body-selling racket at his hospital, a Yoruba royal who has been tapped by the UN for a job in New York, and a rising Nigerian civil servant who looks the other way on corruption, alongside myriad dark and twisted characters from the world of politics, media and religion.

An unapologetically political writer, Soyinka’s penchant for polemicising has landed him in prison, on the run or in exile repeatedly. He has spent a long lifetime in the front row, and often right up on stage, at almost every key event in modern Nigerian history. And he is savagely critical of the government of the current president, Muhammadu Buhari, an elderly, aloof ex-general, who ruled Nigeria in a military dictatorship nearly 40 years ago. It has, he says, “quite frankly proved itself to be nothing but a disaster . . . the leadership has been inept and it’s a tragedy for the nation.”

Soyinka was born in 1934 to a shopkeeper and political activist mother and a father who was an Anglican minister and school headmaster, in Abeokuta, a town three hours outside Lagos, where he keeps his main residence. He began winning writing prizes at an early age before matriculating at University College Ibadan, graduating with a degree in English literature, Greek and western history.

In 1954, Soyinka enrolled at Leeds University in the UK, where his playwriting took off; after graduation, he wrote plays including The Lion and the Jewel, which brought him to London’s Royal Court Theatre. While in London, he began the string of unflinching plays — including A Dance of the Forests (1960), which attacked the corrupt new elite that took over Nigeria after independence — that would later win him the Nobel.

He’s still dealing with that corrupt elite in Chronicles, where it’s hard to miss the fact that the old man is having a blast, even as he, once again, deals with some very uncomfortable truths about his country. While the novel includes one or two characters modelled on friends, there are others — mostly political — Soyinka had to live with over the course of writing the book that he’d have preferred not to. “There are certainly one or two whom I hope that they have no doubt at all and recognise themselves, in a way, to show how much I despise them,” he says.

So why has Soyinka returned to the novel form, when the themes of power, corruption and greed in Chronicles could be tackled in more of the fiery essays he’s written for Nigeria’s top newspapers?

“In effect, I’ve been writing it for some time, in other forms . . . I’ve been engaged in the issues there through polemical articles, through poems, even in plays. But it just kept accumulating inside, as such issues continued to get worse around me,” he says. “I became so oppressed by the entirety of the environment, the politics, the deterioration of human relationships.”

“So it just was piling up, until writing a poem . . . was no longer enough, writing an article was not enough,” he adds. “I wanted to confront society with its true image and the fiction form seemed to offer itself as the only one that would relieve me a little bit of this decades-old burden.”

The coronavirus pandemic offered the perfect chance to finally lay it all out — as Soyinka spent months holed up in his forested compound in Abeokuta. He completed the book during two short, but essential, stints in Senegal and Ghana. “Those were very important. I could not start work on it until I was able to isolate myself from this environment completely,” he says. He also needed that space to get back into the mode of writing novels, a process he describes as “a kind of creative reportage.”

The result is an image of Nigeria that he felt the country needed to see. What was that image? “In some sense, cannibalism, if you like, of a strange kind, of a society which is actually eating itself, sort of self-directed cannibalism and the total deterioration of our humanity,” he replies. “That’s really what, just year after year, decade after decade, I have just seen what I considered as the true Nigerian humanity vanishing.”

Soyinka comes back repeatedly to the fact that Nigeria is an artificial nation state — “the British came and slapped some chunks together and said, ‘that’s yours’” — and that the secessionist impulse has always been part of the country’s DNA.

“Now, can Nigeria hold? I honestly don’t know,” he says. “I hope we manage to stay together because I have a feeling that the problems might be even more compounded if we break up. But it’s not from any sense of attachment to the concept of Nigeria. No, it’s just a pragmatic position that I hold.” No attachment to the concept, perhaps, there is something in the country to which he is beholden?

“For me, it’s just a place in which I live, where I hold my passport. But to whose people I feel obliged, because they are my people,” he says. Ultimately, “it is my nation — I am a Nigerian writer, that’s it.”

Back to Top
Close
X
LEAKED: Names of 45 out of 400 suspected Boko Haram sponsors Buhari government is hiding from Nigeri…RifsA list of 45 suspects arrested by the Nigerian government for allegedly funding Boko Haram insurgency in the country has been obtained by SaharaReport…

Wole Soyinka's Financial Times interview: 'It's like something has broken in society'