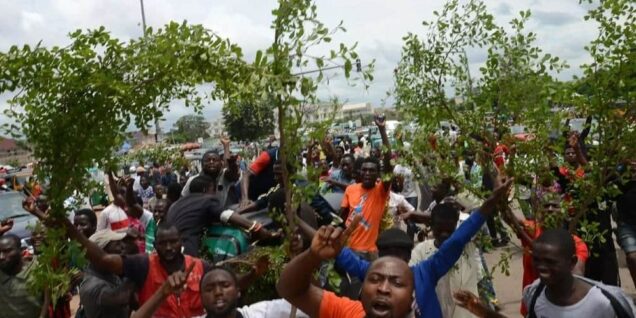 Residents of the Biogbolo community in Bayelsa State have come out in their numbers to protest the death of one Goodluck Oviekeme.

The protesters blocked the ever busy Melford Okilo expressway to protest Goodluck’s death.

He died in the custody of the police.

Goodluck was reportedly arrested by the police on Wednesday.

Report of his death emerged on Friday while in police custody.

According to a statement by the Bayelsa Police command on Saturday, Goodluck was arrested in connection to a robbery case that occurred on Tuesday, 21 September.

Asinim Butswat the PPRO of the command, Goodluck and other hoodlums attacked the police patrol team on the day of the robbery incident and fatally injured a police inspector, Ugbotor Sunday and stole his rifle.