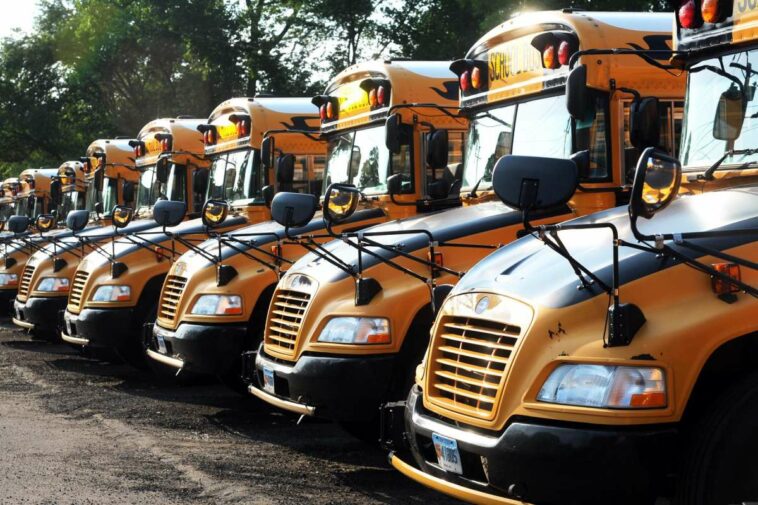 A school bus driver was stabbed after he had picked up students from a Washington state elementary school and died of his injuries at a hospital, police said.

Students from Longfellow Elementary in the city of Pasco were already on the bus Friday when a man got on and attacked the driver, police Capt. Bill Parramore said. After the assault, the driver lost control of the bus, driving over the curb and crashing into some hedges near the school.

The children on the bus and at the school grounds were taken into the school building, Parramore said, and the suspect was still at the scene when officers arrived.

He was taken into custody without incident, police said. The driver was taken to a hospital, where he died.

No students were injured in the attack, and the school called parents to pick up their children, Parramore said. Police did not release any details about a motive for the stabbing.

“Pasco police detectives will be processing the crime scene throughout the night,” Parramore told reporters late Friday. “The Pasco Police Department will work in close partnership with the Pasco School District through this investigation.”

Back to Top
Close
X
2,000 Nigerians killed by COVID-19, economy battered – Minister…COVID19Premium TimesNigeria’s minister of health, Osagie Ehanire, has said 2000 Nigerian citizens have lost their lives to the coronavirus pandemic.Officiall…

Driver stabbed, killed on school bus with students aboard