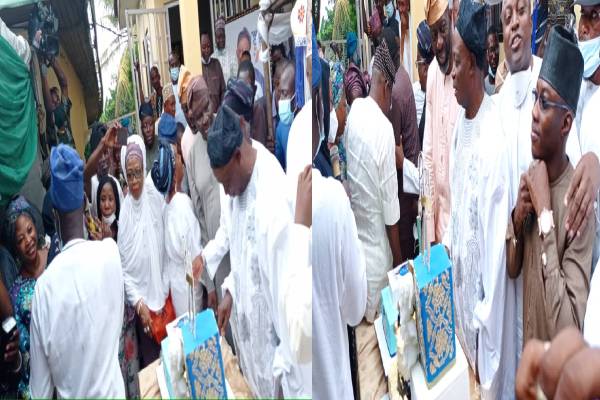 Oyo State Governor, Seyi Makinde, has described a former Governor of the state Rashidi Ladoja as an exemplar in traditional and political leadership.

The governor, who stated this in a congratulatory message to the former governor through his chief Press Secretary Taiwo Adisa, also described him as his father.

He eulogised the former senator Ladoja’s for his contributions to the progress and development of Oyo State and the country, saying his impacts are immeasurable and exemplary.

According to him, Ladoja is worthy of celebration for the different roles he has played in different…

Back to Top
Close
X
Man arrested for allegedly killing his brother for rituals in Kwara…In the NewsThe GuardianThe Kwara State Command of the Nigeria Security and Civil Defence Corps (NSCDC), has arrested one lsmail Saliu, 25, for allegedly conspiri…

X
Foreign Debts Not For Recurrent Expenditure – Lai Mohammed…In the NewsHeadlines – Channels Television A file photo of the Minister of Information, Lai Mohammed. The Federal Government has clarified that the debts being t…