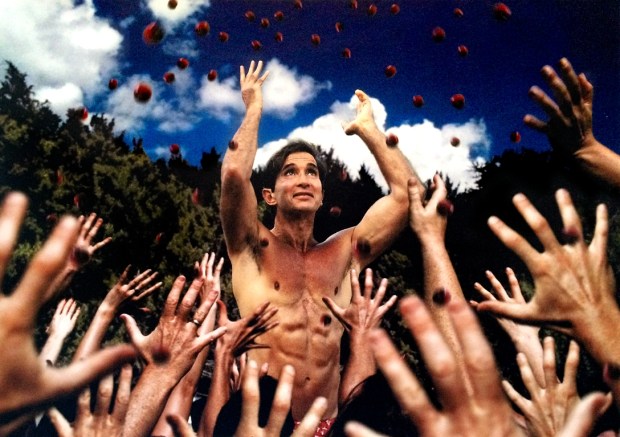 FOR 25 years, Radhia Gleis was the one person Buddhafield kingpin Reyji trusted with his true identity and deepest secrets.

Having been “psychically abused” by her own “abusive” family, she claims she was drawn in by the religious movement and the kindness of its shaman king, trained hypnotist Reyji, and became his right-hand woman in the 1990s.

But over the course of two decades she watched him go from benevolent friend to crazed cult leader, addicted to power and the privileges it brought him.

Having promised them a divine experience, a higher purpose and safety from the outside world, Reyji drew hundreds of people into his orbit.

But once they were vying to be an official member of Buddhafield, believing Reyji was a god who could transfer his power to them, Radhia claims they were drained of their wealth, personal secrets and in some cases, sexually abused – claims he vigorously denies.

Speaking to The Sun ahead of the launch of her new book, The Followers: Holy Hell and the Disciples of Narcissistic Leaders, Radhia, now 67, said: “Reyji changed to be exactly what each person needed him to be.

“He spiritually raped me.

“It took me 25 years to realise that he was a fraud and a con artist. When I found out he was sexually abusing male members that was it. I left.

“It was all about sex and power for him. He was addicted to it.”

The true identity of Reyji, who at one time wore nothing but swim shorts and blue eyeliner, was humble Jamie Gomez from Venezuela.

Radhia told how he built up a persona based on promising his followers divine experiences and a chance to speak with their god.

His ideology was based on Eastern religions of Buddhism and Hinduism.

Radhia told the Daily Star: “Everybody was gorgeous and they called us the cult of the beautiful people.

“[Reyji] was just a lovely guy – smart, funny, good looking and charismatic. I loved him.

“Here was this contemporary guy who was gay. I fled Catholicism and wasn’t interested in old traditions, I wanted something deep and intimate and he filled all of those things.”

Initially Reyji said he was a conduit to having a union with God, but slowly as his following grew to 150, he became the god.

Back to Top
Close
X
‘Someone I fed, clothed, arranged my kidnapping’…More NewsThe Nation By Mike Odiegwu, Port Harcourt A businessman, Alex Arthur, has narrated how a boy he fed and clothed contracted a gang to kidnap him in Por…