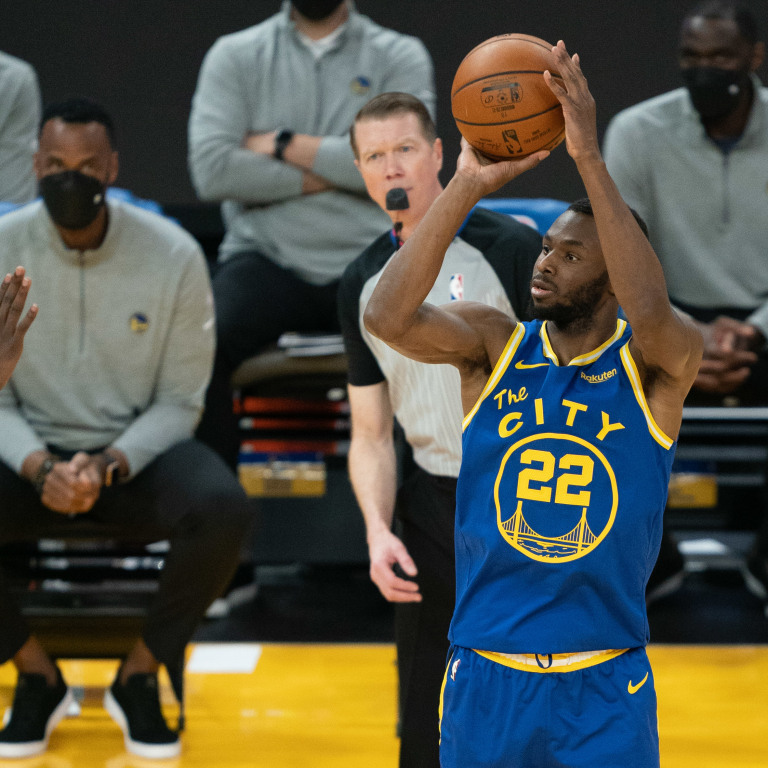 The ruling was announced Friday, hours after the New York Knicks said their entire roster is vaccinated, making all their players eligible to play in their home games.

Because of local coronavirus regulations in New York and San Francisco, the Knicks, Brooklyn Nets and Warriors are required to be vaccinated to play in their home arenas unless exemptions for medical or religious reasons apply.

Wiggins sought an exemption from the league for religious reasons.

“The NBA has reviewed and denied Andrew Wiggins’ request for religious exemption from the San Francisco Department of Public Health’s order requiring COVID-19 vaccination for all participants age 12 and older at large indoor events,” the league said in a statement. “Wiggins will not be able to play in Warriors home games until he fulfills the city’s vaccination requirements.”

The NBA has announced the following: pic.twitter.com/6t1spKMU35

The San Francisco Department of Public Health made clear earlier Friday there would be no exemption for anyone 12 and older at large indoor gatherings.

“Under the current order, if unvaccinated, they cannot enter indoor areas regardless of the reason they are unvaccinated and cannot test out of this requirement even if they have a medical or religious exemption,” it said in a statement.

Unvaccinated players are allowed to play this season, though the NBA has said that they will have to be tested daily on practice and travel days and at least once — possibly more — on game days, while fully vaccinated players will not be subject to daily testing.

However, the Knicks, Nets and Warriors face stricter rules because of their local regulations, which the NBA has told teams do not apply to clubs visiting them.

The Knicks are the first of those teams to say they have met the mandate.

“I’m proud to say that our organization — players, coaches and staff — are 100 per cent vaccinated,” general manager Scott Perry said Friday. “And I think it’s a credit to our players, too, in particular that they took this thing very seriously and took the responsibility to get that done.”

Nets general manager Sean Marks said earlier this week that a couple players wouldn’t yet be eligible, but he was confident everyone would be able to participate by the time the regular season began on Oct. 19.

The NBA has struck agreements this offseason to have virtually all parties involved in games — referees, coaches, stat-crew workers and anyone else who will be in close proximity to players on or off the court in NBA arenas — vaccinated in order to participate.

The one exception: The players themselves, with the National Basketball Players Association rebuking all efforts from the NBA to mandate that they be vaccinated. About 85 per cent of players were vaccinated at the end of last season. The leaguewide figure is believed to have increased since.

Atlanta Hawks general manager Travis Schlenk said Friday that one player is completing his vaccine regimen. Everyone else on the roster has been vaccinated, as well as the entire coaching and front office staff.

Knicks coach Tom Thibodeau credited the Knicks’ medical staff for keeping the organization educated and aware about virus protocols. Perry praised the players for acting on the information they were given, saying their decision to get vaccinated was unrelated to any rules.

“As an organization we’re obviously following laws and mandates for the league and state government, but a lot of this was internal, internally driven,” Perry said.

Back to Top
Close
X
Natural Born Killer: Alex Volkanovski is undefeated in UFC…SportsHeavySome people are born to fight. At least that’s how things seem whenever someone like UFC featherweight champion Alex Volkanovski bursts onto the …