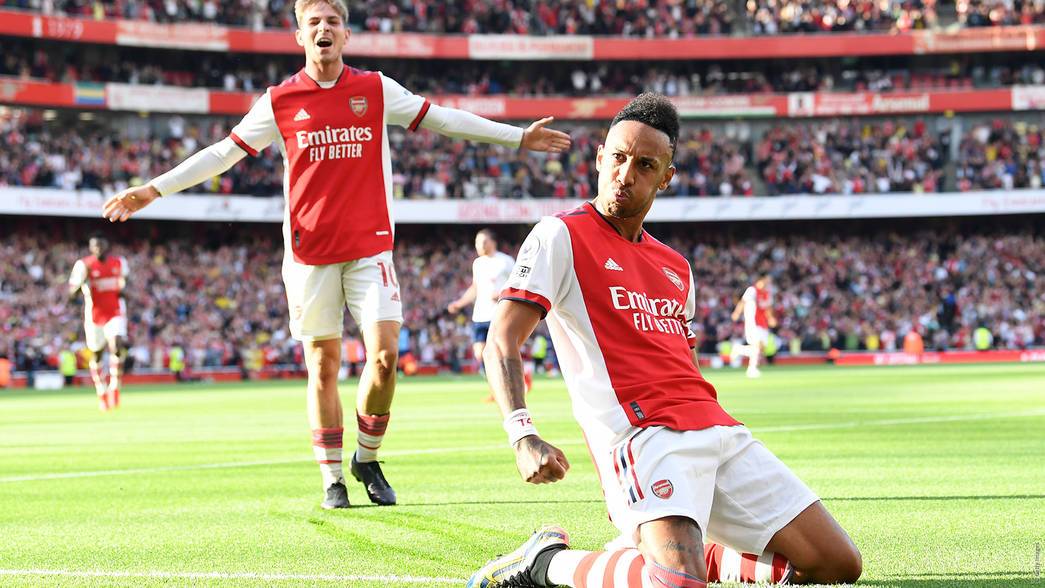 Arsenal move ahead of Tottenham Hotspur in the league table thanks to an astounding 3-1 victory at Emirates, in what was the first North London derby of the season. It was a fantastic performance from Mikel Arteta’s men with three first-half goals from Bukayo Saka, Emile Smith Rowe and Pierre-Emerick Aubameyang essentially sealing the game, despite a late second-half dash from Tottenham.

Aaron Ramsdale will be disappointed to have conceded his first goal for Arsenal. But the Englishman did his job well in between the sticks, remaining alert and responding well whenever he was required, including a terrific save to deny Lucas Moura late in the game.

Featuring in his first North London derby, it was a polished performance from Takehiro Tomiyasu. He was solid defensively, dealing with the pressure well despite the late dash from Tottenham.

Ben White produced a solid defensive display at the heart of the Arsenal backline. He looked comfortable dealing with the Tottenham pressure, which wasn’t much, to begin with.

Gabriel Magalhaes did get rattled during the final phase of the game. But the Brazilian’s leadership was pivotal in helping Arsenal remain stable for the most part. A real leader in the backline.

Kieran Tierney worked extremely hard at left-back, oscillating between attack and defence. Notably played a key role in the build-up to the Aubameyang goal while helping out defensively in the second half.

It was a spirited display from Granit Xhaka, who worked hard for his team at every turn. He recovered possession multiple times but was unlucky to have picked up a nasty looking calf injury late in the game.

Thomas Partey was a miracle worker in the Arsenal midfield. The sheer ease of his passing, movement and build-up play played a vital role in helping Arsenal kill the game within the half-hour mark.

It was an excellent attacking performance from Bukayo Saka, who scored the third goal and made life difficult for the Tottenham defence with his forays down the flanks.

Martin Odegaard was the main ball-carrier for Arsenal in the final third. His ability to squeeze through tight spaces and carry the ball under pressure was a crucial element to the club’s offensive play.

Emile Smith Rowe made a solid impression in the Arsenal attack. He operated expertly down the left half-space, acting as the ideal ball-carrier alongside Odegaard, notably scoring the all-important opener.

Pierre-Emerick Aubameyang finally proved his worth by putting in a good shift in the final third. He didn’t necessarily have the busiest of games but he found his feet by scoring the second goal of the night, a chance that he pretty much created himself.

A late replacement for Xhaka.

A late replacement for Saka.

A late replacement for Smith Rowe.

This article originally appeared in The Fourth Official

8/10 for Xhaka and Partey : Arsenal players rated in win over Tottenham Hotspur