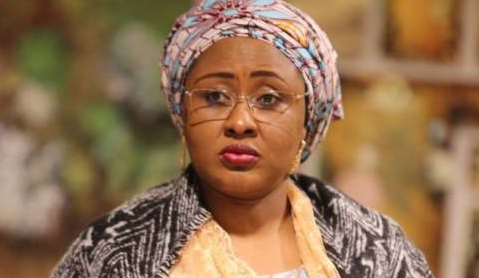 Aisha recently sent Modi to the National Institute for Policy and Strategic Studies, Kuru, near Jos, Plateau State, to study.

As the 2023 polls draw near, the wife of the President, Mrs Aisha Buhari, has perfected a strategy to impose her younger brother, Mr Mohammed Halilu Modi, as the next Governor of Adamawa State, SaharaReporters has gathered.

SaharaReporters learnt that the First Lady’s machination which has torn the Adamawa chapter of the All Progressives Congress apart enjoys the full support of the Chairman of the Caretaker/Extraordinary Convention Planning Committee (CECPC), Malam Mai Mala Buni, who is also the Yobe State Governor.

The former Vice-Chairman, North-East Zone, Comrade Mustapha Salihu, and the Financial Secretary of the party, Mr Saidu Naira, were identified as the foot soldiers manipulating the congresses in Adamawa State to facilitate the emergence of the First Lady’s brother as the governorship candidate of the APC in the state.

A source noted that the First Lady’s brother has not held any known public office, neither has he worked as a civil servant his entire life.

SaharaReporters was told that as part of the preparation to ensure that her brother was tutored for the job of a governor, Aisha recently sent Modi to the National Institute for Policy and Strategic Studies, Kuru, near Jos, Plateau State, to study, while the President’s wife perfected the taking over of the APC’s structure in Adamawa.

There are concerns that the first lady’s desperation to assume full control of the party’s structure in Adamawa State is not going down well with aggrieved stakeholders.

At the just-concluded Local Government Congresses of the APC in the state, the First Lady used her influence to intimidate perceived political opponents of her brother such as Senator Dahiru Binani, Senator Mohammed Jibrilla Bindow (former Governor of the state) and Senator Ishaku Abbo (who represents Adamawa North Senatorial zone) in the Senate to hijack the party structure in the state.

A source conversant with the development, explained further, “There is a serious problem brewing at the Adamawa APC, which if not resolved quickly, may cost the party the seat of governor again like it did in 2019.

“Recall that in 2019, the party lost the governorship contest to the incumbent and member of the opposition Peoples Democratic Party, Mr Ahmadu Fintiri, over this same power tussle between Mrs Buhari, Bindow, Binani and other opponents in the quest to make her brother become the governor.

“In the same vein, security chiefs in the state were threatened with sack if they did not cooperate by facilitating Modi’s aspiration.”

It was also revealed that the first casualty of the threat was the state Commissioner of Police, Mr Aliyu Adamu Alhaji, who was said to have insisted on fully supervising the congresses in Yola South.

As a result, the First Lady’s candidate lost to Senator Binani’s candidate.

Aisha, who was enraged over the turn of events, was said to have immediately seen to the transfer of the CP out of Adamawa.

He had since been replaced by a new CP, Mr Mohammed Ahmed Barde.

“As things stand today, all the heads of federal agencies in the state, whose line of duty relate to supervising party congresses, are living in fear of the unknown, should they attempt to work against the interest of the First Lady’s brother”, another party official said.

Sources further revealed that most of the names from the ward and local government congresses sent to the national secretariat of the APC were altered by the quartet in Abuja, which led to aeries of litigations challenging the alterations.

Aisha, who is not hiding the fact of her deep involvement in the ongoing manipulation, was quoted to have said, “I will not repeat the mistake of 2019 where we allowed Governor Bindow to have total control of the party to the disadvantage of many of us.”

Sources said Aisha had vowed that she could not afford to leave office with her husband in 2023 without any of her family members taking over Adamawa State in a bid to sustain their political relevance in the years ahead.

“Except something is done urgently to amicably resolve the grievances from the ward and local government congresses, especially that the state congress is close by, many stakeholders may defect to the PDP.

“If this is allowed to happen, it is the APC that will be the big loser again in 2023, just like it happened in 2019. The way they are going, they can only help the PDP and governor Fintiri to win re-election in 2023”, a top party official stated.

Incidentally, the current manipulation in Adamawa is going on at a time the general feeling in the state is that the governorship seat should rotate to another zone outside Adamawa Central in order to engender fairness and give a sense of belonging to all the geopolitical zones in the former Gongola State.

Although the First Lady is rooting that the Central Zone has yet to produce a governor and believes it is the turn of the zone to do so in 2023, APC stakeholders are opposing her position on the grounds that her zone produced the post of the Secretary to the Government of the Federation since 2015.

“This is in addition to the fact that Aisha being the First Lady of the Federation and coming from the Central Zone as well, the zone has had its own fair share of the power equation and should hands off the governorship seat for another zone in 2023,” the source added.

Similarly, the Northern Senatorial Zone had produced a governor for a record six times and the feeling is that the zone had benefitted adequately.

“Such fairness can never be achieved if the congresses are manipulated against the wishes and aspirations of the people”, another party source added.

The spokesperson of the First Lady, Aliyu Abdullahi, who said he is in New York, declined comment when contacted on the phone, he simply said “Please I have nothing to comment on that story.”