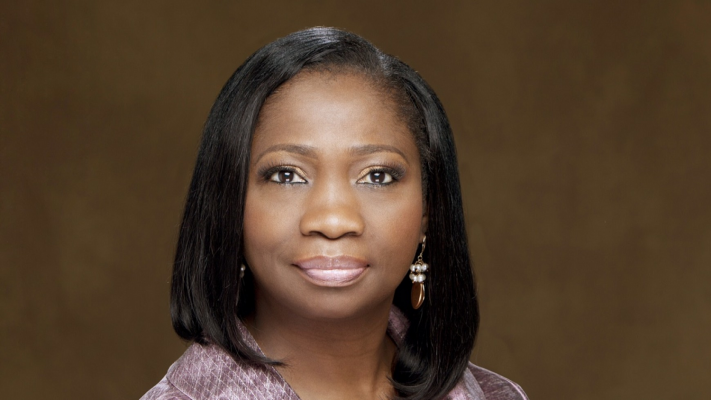 The Chairperson of the Nigerians in Diaspora Commission, Abike Dabiri-Erewa, has opined that Nigerian-British boxing champion, Anthony Joshua, will return to the boxing ring ‘bigger, better and stronger,’ after suffering defeat and losing his titles to Ukraine’s Oleksandr Usyk.

The NIDCOM boss sent the words of encouragement to Joshua following his defeat in the hand of Ukrainian professional boxer, Oleksandr Usyk, on Saturday night.

Joshua lost his IBF, WBA, WBO heavyweight titles to the Ukrainian in front of a 65,000 crowd at Tottenham Hotspur Stadium.

Sharing a picture of Joshua, the NIDCOM chairperson via her Instagram account expressed optimism that the boxer with bounce back in due time with the caption, “Temporary setbacks can’t take winners off their course. AJ will return bigger, better and stronger.”

Shortly after losing the boxing bout, Joshua took to his social media account to motivate his fans, stating, “Keep positive even if the world’s crumbling in front of you! London I love you & thank you each and every time!”

This would be the second time the boxer has suffered defeat…

X
‘I couldn’t see anything in ninth round’, Anthony Joshua narra…SportsBy Sodiq OyelekeFormer WBA, IBF, WBO heavyweight champion Anthony Joshua has said his fight against Oleksandr Usyk was a great experience for him.The …