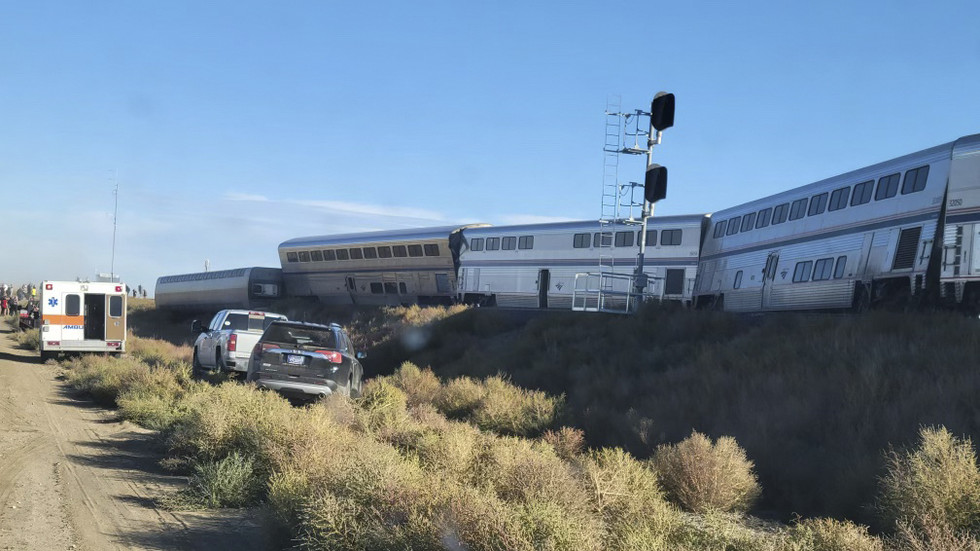 Several people were killed and scores were injured after seven cars of an Amtrak train derailed in Montana, close to Canada’s border. Photos from the scene showed one of the cars on its side along the tracks.

The incident took place near Joplin, a town of some 200 people in Liberty County, Montana, around 4 pm local time.

Amtrak has confirmed that its Empire Builder long-distance train derailed while carrying “approximately” 146 passengers and 16 crew, and that it was cooperating with the authorities to evacuate the passengers and take those injured to hospital.

In an update on Saturday evening, Amtrak said that seven cars out of ten have derailed.

Photos shared by eyewitnesses show several cars off the tracks, including one that has tipped over. Passengers could be seen using ladders to climb the car in effort to extract those trapped inside.

Jessica Arp on Twitter: “My mother-in-law shared these photos with me-the Empire Builder @Amtrak train they were on derailed near Havre, Montana. @AmtrakAlerts pic.twitter.com/6p7aksKdTF / Twitter”

My mother-in-law shared these photos with me-the Empire Builder @Amtrak train they were on derailed near Havre, Montana. @AmtrakAlerts pic.twitter.com/6p7aksKdTF

About 50 people were injured in the incident, the New York Times reported, citing local authorities. Multiple first responders arrived at the scene to spearhead the rescue effort.

It’s so far unclear what caused the train to run off the rails, with The US National Transportation Safety Board (NTSB) saying that it is dispatching a team of investigators to the scene.

Several Empire Builder trains scheduled to depart over the weekend were rerouted as result of the incident.

Joplin is located in a rural area, about 30 miles (48 kilometers) away from the US-Canadian border.

X
Taliban hang bodies of four men for kidnapping Breaking News 2AFPThe Taliban hung the bodies of four kidnappers from cranes after killing them during a shootout in Afghanistan’s western city of Herat on Saturday,…