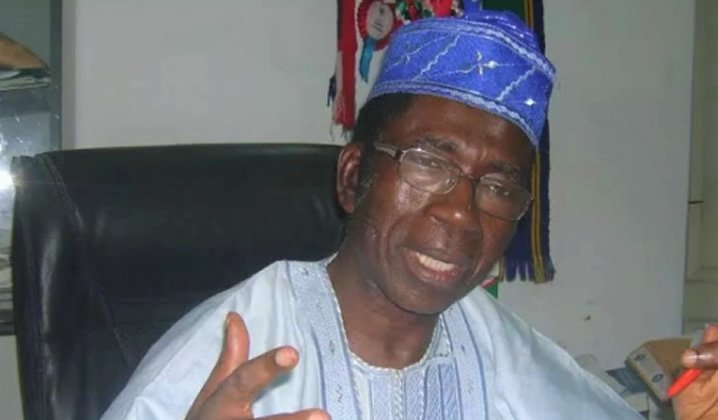 A diplomat, politician and former Minister of Education, Prof Tunde Adeniran, shares with John Alechenu his thoughts on the National Rescue Project, Nigeria’s independence anniversary, the education sector and other national issues

You attended a meeting of the Rescue Nigeria Project on Wednesday and some people have insinuated that the meeting was a precursor to floating a new political party, how would you respond to that?

It is a pity that some people have misinterpreted the meeting, because everything that happens especially if it’s a meeting of like-minded Nigerians, people associate it with power politics. Many people do not think or cannot see that it is indeed necessary to have a country and that it is when you have a country and there is peace and stability that you can give effect to some expectations and aspirations. What we are trying to do in the Rescue Nigeria Project is first of all to reconcile Nigerians and unite them. We feel this can be done through people who know what a nation is. What is the essence of a nation, the principles of justice, equity, what it means to be in a government elected by Nigerians, the principle of accountability and the values and virtues that make a nation? We believe at this time many people, particularly young people, have lost hope. You see, we live in Nigeria and pretend that all is well and when people speak the truth, people are either not ready for the truth or they pretend not to know that it is the real truth. They are not ready to say the truth but by the time reality dawns on them, it may be too late. That is why we are where we are today because we were living in denial and pretending.

You said it may be too late by the time reality dawns on them, could you expatiate on that?

Insecurity caught up with us, for example. We have a country today where production doesn’t mean anything. Nobody is producing, the emphasis is on sharing and sharing and that is why when you see a group coming together to say, look, we need to rescue this land we need to share experience, the next thing that comes to the minds of some people is that they are coming together because they want to grab power, they cannot see beyond personal individual ambition. It is not possible for many people to believe that indeed in this country, we still have some people who are not self-seeking and self-serving. They simply can’t believe that there are people who are still passionate about this country and who are still interested in uniting the people to ensure that we are able to actualise the true potentials of this country.

So, what is your coming together about?

What we are about is really to get people, sensitise them, mobilise them to rise and do what is needed to make this country what it should be. People who are in government today appear to only be interested in doing whatever they please but after sometime they will leave. When some people are critical about what is going on, it is so because they would be there and see nothing wrong. But we are saying no, we have to get it right. We need to think for tomorrow, we have to be our brother’s keeper, we have to do things in such a way that there will be peace, justice, stability and development as well as sustain this for generations to come. That is why we will be focusing more on the process of leadership recruitment, thinking about tomorrow; who are the people who would be in charge of the affairs of this country? Nigerians of today have not done enough. We feel the country is on the brink and…

X
Masked Oyo Indigenes give Fulani, Hausa, their Cattle 30-Day ultimatum to leave …Latest NewsSahara ReportersSome masked men from Oyo State have issued a 30-day ultimatum to Fulani and Hausa people to leave all parts of Yorubaland. They a…