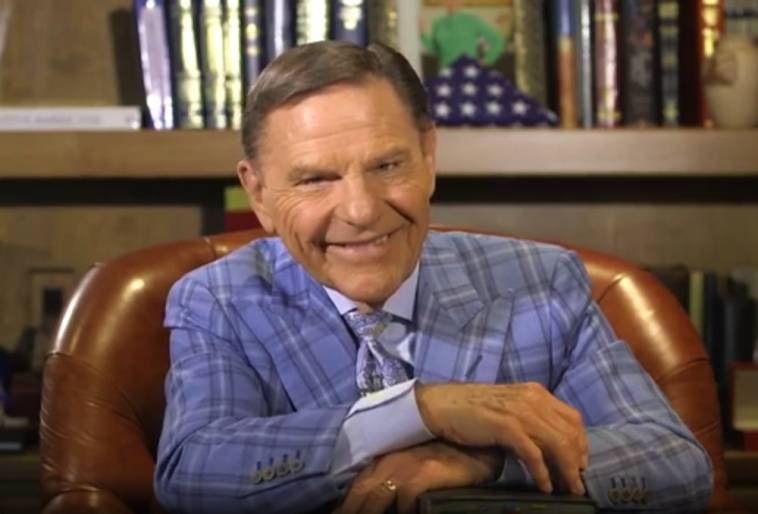 Televangelist Kenneth Copeland is begging viewers to send him cash to support his private jet so he won’t have to deal with coronavirus vaccine mandates to travel, which he called “the mark of the beast.”

Copeland, who in the past has claimed that he needed a private jet to avoid “demons” on commercial flights, made the claim during his “VICTORYthon” fundraiser on Tuesday.

Televangelist Kenneth Copeland has asked supporters for money to purchase a private jet so he can avoid vaccine mandates — something he believes is “the mark of the beast” as described in the book of Revelation.

“The time has come for ministries, particularly traveling ministries, to have some other method of travel other than the airlines,” Copeland, the 84-year-old head of Kenneth Copeland Ministries, said on Tuesday during a “VICTORYthon” fundraiser.

“You get into this situation, ‘We’re not going to let you fly unless you’re vaccinated.’ Well, to me, that’s the mark of the beast.”

Copeland, who with his wife, Gloria, often promotes the prosperity gospel, reportedly already owns three jets and a private airport.

In an interview with Inside Edition in 2019, the Texas-based televangelist said he needed a private jet so he wouldn’t have to fly commercial with what he dubbed “a bunch of demons.”

In August, Copeland thanked his supporters for helping him purchase Tyler Perry’s Gulfstream V jet, petitioning them for even more donations and asking if they had named their “seed” to cover an additional $2.5 million in upgrades to the aircraft.

Copeland has also previously made controversial claims about the coronavirus.

In June of last year, the televangelist said that his faith in God would shield him from the virus and urged born-again Christians to put their angel to work by activating their faith against the disease.

“I’m talking now to Holy Spirit born-again, Holy Spirit baptized, Holy Spirit speaking in other tongues, healing, believing Christians that don’t watch anything but COVID-19 on the television. Your faith is idle and dumb,” Copeland said at the time.

He warned viewers that watching news reports about the pandemic instead of feeding their minds with faith-building content is leaving them vulnerable to attacks from the devil.

“Your angel has nothing to do because all you’re listening to is the news broadcast, and you’re exalting this creep that you have authority over,” he said.

“I have my shield up, thank you very much. Glory to God! You couldn’t give me that flu even if you tried.”

Copeland is not the only public figure to warn that the COVID-19 vaccine could be the mark of the beast as referenced in Revelation 13:18.

Most notably, rapper Kanye West previously said that those behind the vaccine “want to put chips inside of us, they want to do all kinds of things, to make it where we can’t cross the gates of Heaven.”

Hank Hanegraaff, also known as the “Bible Answer Man,” called West’s interpretation of Scripture “as misleading as it is dangerous” and “completely indefensible.”

“I say this because biblically, the mark of the beast is symbolic is quite obviously a parody of the mark of the lamb,” he stressed. “Biblical interpretation matters. If we interpret the Bible incorrectly, we’ll think the Bible is a bunch of nonsense.”

“The mark in Revelation 13 symbolizes identity with the beast. And as such, identifying with Satan’s kingdom is what will keep you out of Heaven, not getting vaccinated,” said Hanegraaff. “As Kanye West must surely know, the forehead and the hands of people are Old Testament symbols of their beliefs and behavior.”

Back to Top
Close
X
Fact Check: Did NYSC tell Corps members to prepare for ransom when kidnapped?…RifsPM NewsThe National Youth Service Corps high command has stirred controversy over its advice to corp members to prepare to pay ransom if they were kid…