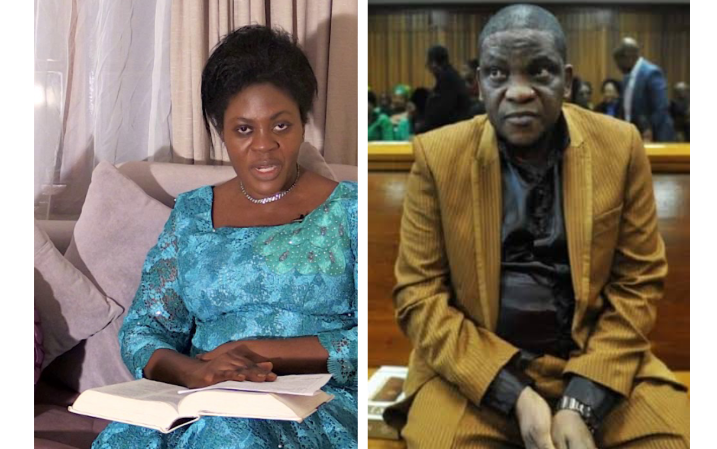 Taiwo Omotoso, wife of detained Nigerian Reverend, Timothy Omotoso, has asked the Nigerians in Diaspora Commission (NiDCOM) to intervene and bail her husband—a call reiterated by the man’s church members and the NGO, Centre for Justice, Mercy and Reconciliation (CJMR).

His trial has stalled through South African courts over the years, in what his family and the Yoruba diaspora regard as outright persecution.

CJMR promotes human rights in Nigeria and visits detainees in custodial centers to create a “safe avenue” for everyone, irrespective of their identities.

Its executive director Hezekiah Deboboye Olujobi said: “We are severely disturbed at the nature of prosecution/persecution that the South African government is meting out to a Nigerian citizen without any hope of justice in view.”

The director urged NiDCOM to wade into the matter and “effect the immediate release of Rev. Timothy Omotoso from unjust and indefinite incarceration through bail.”

“We strongly hold the view that there are some individuals using the South African Government in destroying him. We therefore plead with you to immediately investigate this perversion of justice and come to the rescue of a fellow and true Nigerian.”

He said, having gone through the 562 pages of court proceedings received on June 6, 2021, in addition to studying the circumstances surrounding Rev. Omotoso’s arrest, CJMR was forced to conclude that his prosecution emanated from hatred and was masterminded by someone somewhere.

CJMR added that there were disturbing facts in the matter: Rev. Omotoso was arrested in the full glare of cameras, on live television and in the presence of a multitude of media personnel, placed in handcuffs without a warrant and the prosecution has been more of a media trial than the actualization of justice for any of the parties.

“More disturbing is the fact that most of the witnesses that have testified in court mentioned that they were contacted by Captain Brenda Mangqawana or Investigating Officer Peter Plaatjies to open a case against Rev. Omotoso.

“This shows they ordinarily did not desire to commence a case on their own volition…This still boils down to the xenophobic attitude of some South Africans towards Nigerians as there have been personal attacks on the wife of the accused,” CJMR stated, adding that the suit has been handled by four prosecutors, with the fifth also threatening to withdraw.

X
Why I’m leaving Norway, world’s 3rd best country…More RifsBy Simone S Two years ago, I published an article documenting what it’s like to work in Norway as a foreigner, and many readers requested a follow-up …