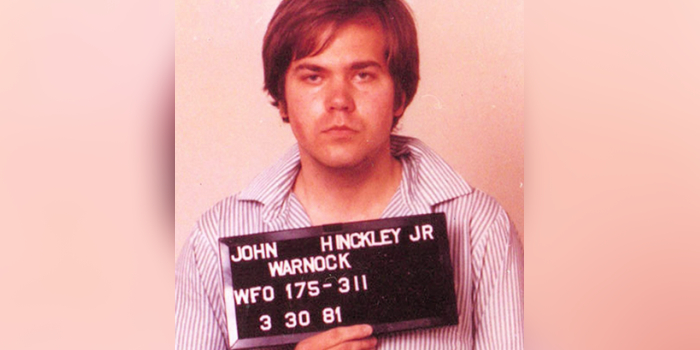 Beginning in June 2022, John Hinckley Jr., who shot former President Ronald Reagan in 1981, will no longer need to have doctors and therapists oversee his psychiatric medication or how often he attends individual and group therapy sessions.

Prosecutors initially opposed ending the restrictions, but on Monday, attorneys told U.S. District Judge Paul L. Friedman that they’d reached an agreement with Barry Levine, Hinckley’s attorney. However, prosecutors ask that Friedman put a stay on the order to delay it going into effect until June.

The U.S. government is looking for a nine-month delay to gather information in “real time” and confirm that Hinckley will comply with the conditions.

At Monday’s hearing, Levine said Hinckley apologized to the “American people,” Brady’s family and actor Jodie Foster, with whom he had an obsession at the time.

“It’s too much to ask for forgiveness…but he asks for understanding,” Levine said, according to NBC‘s Scott MacFarlane.

Jurors found Hinckley not guilty by reason of insanity and he was ordered to live at St. Elizabeths Hospital in Washington. When he was released in 2016, he was granted permission to live with his mom, who passed away in July.

A doctor who observed Hinckley ahead of the court hearing raised a concern about the death of Hinckley’s mom and the pandemic shutting down his booth at an antique mall. The doctor worried that Hinckley’s desire to stay home and work on his music would isolate him from the world. He encouraged Hinckley to continue his work at the antique mall.

Levine acknowledged that isolation can be harmful to a person’s mental health but refuted that it alone was a “cause for alarm.” He noted that the entire world experienced isolation during the pandemic and while it wasn’t enjoyable, we didn’t all engage in decompensation.

In announcing that he was going to grant the unconditional release, Friedman said Hinckley hasn’t displayed symptoms of “active mental illness” since 1983. He also hasn’t shown interest in weapons and his primary diagnosis of psychotic disorder was in “full and sustained remission” for at least three decades…

Back to Top
Close
X
Reuters Report: 20,000 migrants on the march to the U.S.…United StatesBy Monica Showalter The Biden administration has managed to halt the news videos of the 15,000 migrants massing at a squalid camp in Del Rio, Texas, b…

X
Taliban, ex-Afghan government dispute ends with no UN speech…United StatesAPUNITED NATIONS  — The dispute between Afghanistan’s new Taliban rulers and its former government over who should speak at the United Natio…