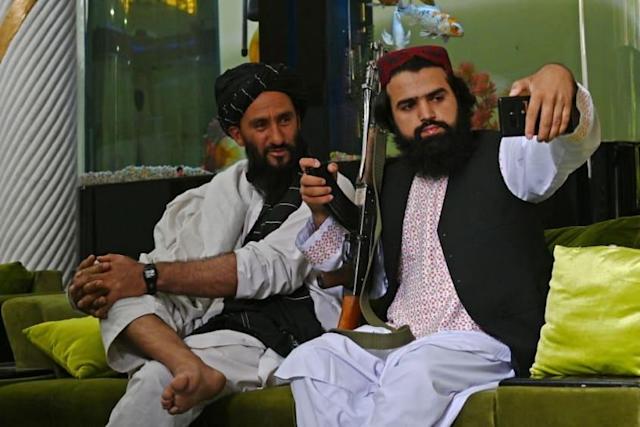 The Taliban’s younger foot soldiers have been warned that they’re having too much fun, The Wall Street Journal reports.

You’ve probably seen some photos of the armed fighters having a laugh in swan boats on a lake or enjoying amusement park rides. The shots seem particularly odd, if not surreal, when pitted against some of the more brutal reports about the group’s actions since they’ve taken power.

Now, senior leaders want them to take a step back from the leisure activities. Defense Minister Mawlawi Mohammad Yaqoob reportedly gave a speech this week in which he told members to “stick to the tasks you have been assigned” because otherwise “you are damaging our status, which has been created with the blood of our martyrs.”

He specifically called them out for driving too fast and wearing stylish clothes, including high-top sneakers, which are not in line with the Taliban’s code. “This is the behavior of the warlords and gangsters of the puppet regime,” Mawlawi Yaqoob said, per the Journal, referring to the U.S.-backed Afghan government from whom the Taliban recently wrested power.

The foot soldiers were also…

X
Afghan women barred from teaching or attending Kabul University…NewswireCNNBy Karen Smith and Tara JohnWomen will no longer be allowed to attend classes or work at Kabul University "until an Islamic environment is created,…