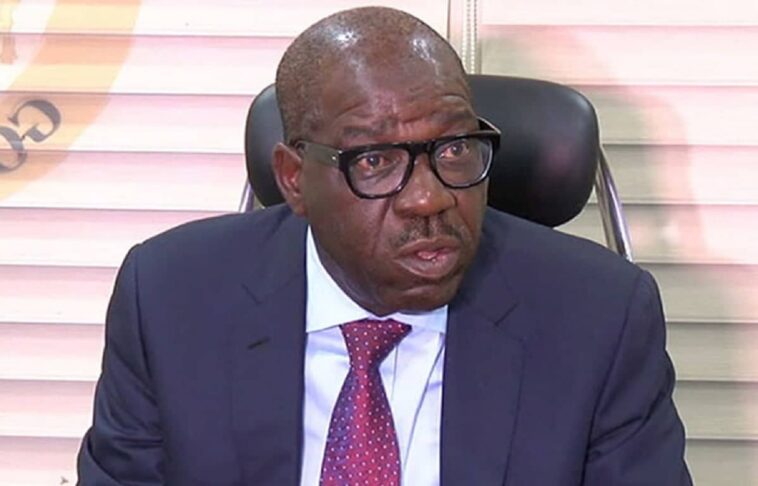 An Edo State High Court, yesterday, Benin City, declared as illegal the removal from office of Mr. Yakubu Musa as Chairman of Etsako West Local Government Area of the State.

Governor Godwin Obaseki had, in July 2020, removed Momoh from office over alleged corrupt practices based on the findings of an investigative panel he set up.

The panel, the governor said, recommended that Musa be “removed from office on the grounds of negligence of duty, improper accounting and auditing of the council’s finances, lack of adequate supervision of staff and for allowing fraud under his nose.”

But delivering the judgement in suit no B/204/05/2019, Justice V.O.Oviawe declared the action of the governor as “illegal, unconstitutional, null and void, and of no effect” and set aside the purported removal.

The court held that the state government failed to comply with the relevant provisions of the 1999 Constitution (as amended) and Sections 20 and 21 of Edo State Local Government Law, 2000 (as amended).

Besides, it further held that the removal of office of Yakson based upon the findings of a fictitious and nonexistent investigative committee, using a criminal allegation of involvement in fraud of public funds without giving him a fair hearing, is unconstitutional.

The court, however, failed to grant the order restraining the governor from interfering with the rights of the elected chairman of Etsako West because the tenure of all elected local government council officials in the state have since lapsed.

Reacting to the judgment, Musa said: “To me, it is a victory for democracy and victory for the people of Etsako West, and I thank God for giving the Judge the courage to deliver the judgment.

“I am very happy about it; I will go back and assure the people of Etsako West to…

X
$600bn siphoned from Nigeria from 1960 to date — Prof. Bolaji Akinyemi…Latest NewsIndependent By Chris Ebong No less than $600 billion illic­it financial outflow had been recorded in Nigeria between 1960 and now. Prof. Bolaji Akinye…