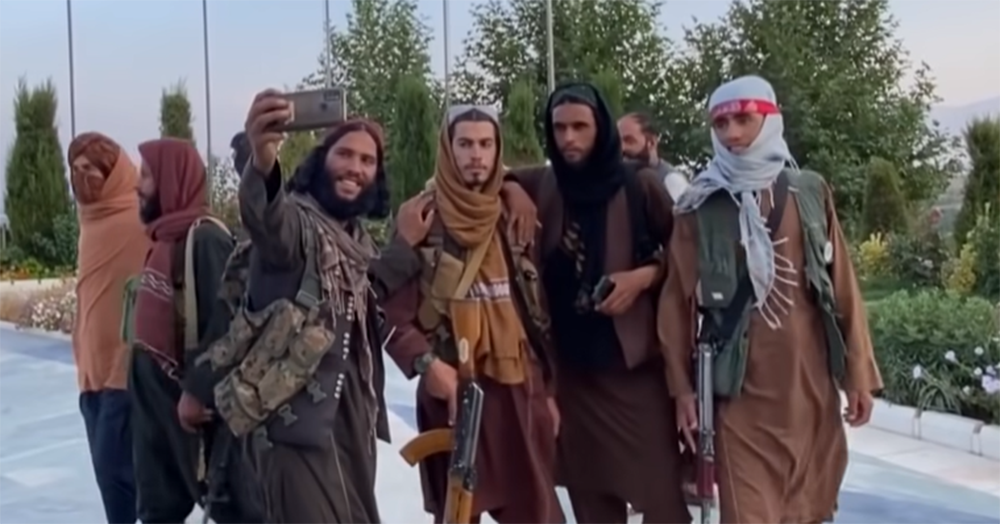 A Taliban leader has declared selfies as compromising, especially if they include a senior member.

The Taliban have issued warnings to their foot soldiers for taking selfies, the Wall Street Journal (WSJ) reported.

In an audio message released on Thursday, the Taliban government’s Defence Minister, Mawlawi Mohammad Yaqoob — a son of Taliban founder Mullah Omar — reprimanded the fighters for engaging in such an activity, as well as hanging out in large groups.

He said, “Stick to the tasks you have been assigned. You are damaging our status, which has been created with the blood of our martyrs.”

Taliban minister: Selfies are compromising the security of our leadership

Yaqoob highlighted that he was particularly annoyed with fighters who, during their encounters with the Taliban’s leaders, used their phones to take photos of them.

Such photos compromise the security of their leadership once they are uploaded onto social media, Yaqoob added, as it gives away their location.

Hamid Haidari on Twitter: “The Taliban foot soldiers warned against taking selfies with their commanders and leaders because of security concerns pic.twitter.com/GCZWVFI6Ym / Twitter”

The Taliban foot soldiers warned against taking selfies with their commanders and leaders because of security concerns pic.twitter.com/GCZWVFI6Ym

Reuters reported that Yaqoob also slammed Taliban soldiers for entering government offices to take selfies, despite such places not being within their patrol’s assignment.

He was quoted as saying:

“This is highly objectionable as everyone is taking out mobile phones and taking snaps in the important and sensitive ministries without any reason. Such hanging out and taking snaps and videos will not help you in this world, and also in the hereafter.”

Yaqoob also took umbrage at fighters over their attire, and demanded that they ensure their beards, hair and clothing are in line with “Islamic values.”

Speeding and the disregard of traffic rules was also brought up as another point of contention by Yaqoob.

Decrying such behaviour as belonging to the “warlords and gangsters of the puppet regime,” minister added, “If we continue to act like this, God forbid, we will lose our Islamic system.”

Executions and amputations to be brought back

Meanwhile, another founder of the Taliban, Mullah Nooruddin Turabi, said that executions and the amputation of hands will return, AP News reported.

The former head of the Taliban’s Ministry of Propagation of Virtue and Prevention of Vice during their previous rule dismissed criticism of the group’s justice which included public executions at a stadium and Kabul’s Eid Gah mosque, in front of a crowd of Afghan men.

He said, “Everyone criticised us for the punishments in the stadium, but we have never said anything about their laws and their punishments. No one will tell us what our laws should be. We will follow Islam and we will make our laws on the Quran.”

Turabi also stressed the necessity of amputations for security as it provided a deterrent effect.

Turabi added that should executions or amputations be made public, people will be allowed to record the punishment so as to spread deterrence.

Following Turabi’s announcement, the Taliban said that they had shot dead four alleged “kidnappers” and hung their bodies publicly in the Afghan city of Herat, the BBC reported.

The city’s deputy governor, claimed that the men had been killed in a gun fight when the Taliban learned that they had kidnapped a businessman and his son. Both of them have since been reportedly freed.

Reuters quoted him as saying, “Their bodies were brought to the main square and hung up in the city as a lesson for other kidnappers.”

This article originally appeared in Mothership

Back to Top
Close
X
John Hinckley, who shot Ronald Reagan, to be granted unconditional release…Breaking News 2NewsweekBeginning in June 2022, John Hinckley Jr., who shot former President Ronald Reagan in 1981, will no longer need to have doctors and therapists…