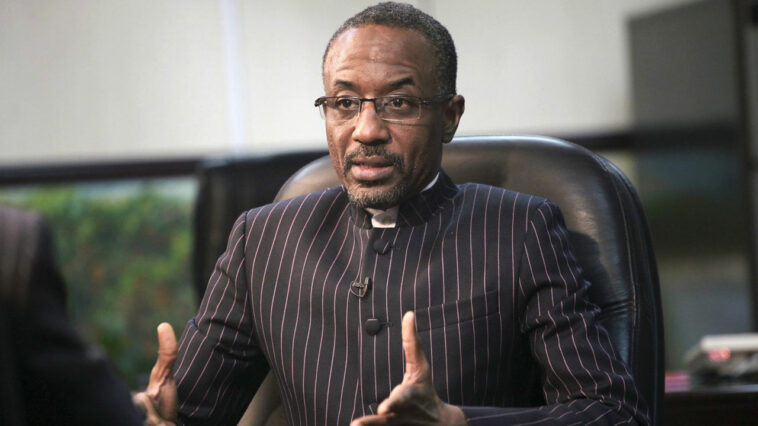 Sanusi Lamido Sanusi, a former governor of the Central Bank of Nigeria (CBN u) and immediate-past Emir of Kano was stating the obvious when he asserted of late that Nigeria’s 35-year economic gains between 1980 and 2015 were wiped out between 2014 and 2019, mostly under the watch of the present Muhammadu Buhari administration. The assertion at an online forum organised by the Harvard Kennedy School Alumni Association of Nigeria, is a sad reminder of the sorry state of the economy. Sanusi had observed that gross domestic product (GDP) per capita which was US$2,180 in 1980 had fallen to about US$2,229 in 2019 and most likely will be at the 1980 level or less by the end of 2021. This is despite the fact that GDP per capita had over the past 35 years risen to about US$3,099 in 2014. According to him, by the end of 2021, the country’s GDP will be worse than it was in 1980. This is in addition to the current highly unsustainable level of the country’s public debt with debt service payments alone consuming about 90 per cent of total revenues. This is far worse than what it was 35 years ago.

The challenges confronting the economy have been well known and persisting as clearly articulated by the former Emir. In trying to properly understand the issues that relate to this downward slide in the economy, a core factor is the lack of national cohesion on key developmental issues. The constant resort to ethnicity and religion by the elite and political office holders in the face of daunting national economic and social challenges is paradoxical. Currently, the country unashamedly spends millions of hard-earned public funds in foreign currency in support of pilgrimages to holy land, an activity which should otherwise be a private or personal enterprise. All these are going on while the vast majority of the populace wallow in pervasive poverty and illiteracy with so many children out of school. The country’s priorities in supporting these inessentials have compounded Nigeria’s position as the poverty capital of the world.

The continual dependence on a non-renewable resource for national sustenance tend to suggest that the prospects of survival in the near future appears to be dim given that the economy is largely undiversified despite the government hype and media pronouncements in this regard. Other debilitating factors causing the downward slide include the country’s unbridled growth rate in population of about three per cent over the years, while GDP or national income has been growing at a slower rate particularly since 2014. The issue of persisting and unresolved fuel subsidy quagmire continue to stare the country in the face with the government seemingly playing hide and seek in frontally addressing the issue. This is in spite of its postulations in this regards in the early years of its coming into power. Government currently lacks the political will, and has been dilly-dallying on this vexatious issue in order to buy time and possibly escape the anger of a disappointed populace.

The other macroeconomic indicators such as exchange rate, inflation, unemployment and growth of industrialisation and manufacturing are not left behind in this downward slide. In the early 1980s, about US$1000 exchanged for N546 in the foreign exchange market which is a thousand times worse today with US$1 exchanging for the same N546 in the parallel market. This is contrary to an exchange rate of US$1 to N197 the Buhari administration met in 2015 when it came into power. In 1980 as well as in 2015, the inflation rate was single digit but new figures from the National Bureau of Statistics indicate that inflation rate stands currently at about 17 per cent, which has prompted many stakeholders to question the credibility of the latest figures, given that price increases of basic food items have been in the region of over 50 per cent, sometimes as high as 100 per cent. Unemployment has not fared any better. In 1980, unemployment was recorded at about 7.5 per cent but currently over 40 per cent, particularly for youth unemployment.

The de-industrialisation of the country has also become worrisome and contributory to the downward slide. Despite the government’s mandate of improving the ease of doing business in the country, the operating environment for the business community is still ranked very poor, a fact corroborated by the Manufacturers’ Association of Nigeria (MAN) at their Apapa branch Annual General Meeting held recently. The manufacturers have heaped the blames for the poor performance of manufacturing on the federal government. This is noteworthy given that the rapid economic growth recorded in the South East Asian economies came through the growth of their industrial sector, particularly small and medium sized enterprises (SMEs). Here, SMEs are opening and closing shops in alarming rapidity. This high mortality of SMEs has been traceable to the high and multiple taxations these struggling firms have to contend with on a regular basis.

All these challenges tend…

Back to Top
Close
X
Nigeria @ 61: The vision undefeatedEditorialThe NationBy Yemi OsinbajoSixty-One 61 years ago, our founding fathers laid out a vision, that the many nations and ethnicities, North and South of th…

Challenges of the failing economy