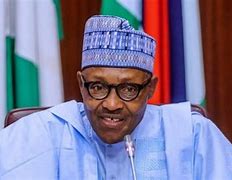 President Muhammadu Buhari has re-approved the payment of a controversial $418million in Paris Club refund-related judgment debts to six creditors after being manipulated by his Chief of Staff, Prof Ibrahim Gambari, and the Attorney-General of the Federation, Abubakar Malami.

Multiple presidential sources told SaharaReporters that the Debt Management Office (DMO) has issued promissory notes to the creditors, the means of payment approved by Buhari on Thursday.

The development is against the Nigerian Governors Forum’s protest and calls for a forensic audit into the suspicious claims of the creditors.

The governors had recently queried the Minister of Finance, Zainab Ahmed, for issuing promissory notes in favour of the creditors.

The governors claimed that President Buhari approved the payment of the $418million Paris Club judgment debt despite pending court cases.

Buhari, however, in early September directed the Finance Ministry to ask the DMO which was supposed to pay in form of promissory notes, to stay action “until all the cases are exhausted”.

Sources told SaharaReporters that the promissory notes were issued to the creditors on Thursday in-spite of the fraudulent claims by the creditors.

“In spite of the clear evidence of fraud being perpetrated against the Nigerian nation, President Buhari has released a $418million promissory note for jobs not done. This is a government of integrity indeed. God help Nigeria,” a source told SaharaReporters.

“He was manipulated by his Chief of Staff, Gambari, and the Attorney-General who were both promised 40 percent of the money by these creditors. Everything was done during the UN General Assembly in New York, it’s so sad that we have a president who can be easily manipulated.

“Even the Director-General of the DMO, Patience Oniha, was reluctant to issue the promissory notes to them. She was sad about the development.”

SaharaReporters had in a series of reports exposed exposed wide-ranging legitimacy issues, including non-execution of agreed contracts and backdoor deals raised against the indebtedness from various quarters.

One of the beneficiaries is one Dr Ted Iseghahi Edwards who was indicted by the Economic and Financial Crimes Commission (EFCC).

Documents seen by SaharaReporters showed that Edwards did not represent Association of Local Governments of Nigeria (ALGON) as claimed.

A letter dated August 1, 2018 by former EFCC Chairman, Ibrahim Magu, to the Ministry of Justice/Attorney General Office indicted him of an attempt to defraud the Nigerian government.

It said, “The suspects had filed applications in court to be joined as one of the judgement creditors during the garnishee proceedings and the applications were refused by the Federal High Court. The judge in a ruling delivered on the 27th of June 2016 frowned at Dr Ted Edward for brandishing a judgment purportedly delivered by the Federal Capital Territory on 30th October, 2015 and in fact took a swipe at it.

“By the Motion Ex parte filed on the 30th of March, 2015, the judgement creditors applied for a Garnishee Order Nisi which was granted on 1st April, 2015 and fixed the return date for 16th April for the Garnishee to show cause why the Order Nisi should not be made absolute.”

“The Honorable Judge in his ruling stated unequivocally that “let me state right away that the substantive matter was commenced by me until I entered judgement on the 3rd of December, 2013. I have searched my records up to the date of I entered judgement. I could not find the name of Dr Ted Iseghahi Edwards as representing the judgement creditors even for one day nor did I find any process filed by his law firm. How then was that judgement prosecuted.

“Another point to highlight is the fact that according to the purported letter of engagement being bandied by Dr Ted Edwards, he was engaged on September 15, 2011 long before the matter was filed in court quoting the exact judgment sum.

“What this throws up is the fact that the said letter of engagement was done after 3rd December, 2013 and backdated to make it look as if the suspect had been engaged before the case started. There is no evidence to prove that the suspect did any work in relation to the recovery process.

“A careful look at the memorandum of settlement Dr Ted Iseghohi Edwards and Hon Odunayo Ategbero betrays the conspiracy and an attempt to defraud the Federal Government by the suspects.

“Pending Actions; Invitation and/or Arrest of the suspect, Dr Ted Iseghahi Edwards with a view of confronting him with all the issues raised in the evaluation above.

“Tracing and filing interim forfeiture order on any property or asset acquired with proceeds of fraud by Dr. Ted Iseghahi Edwards.”

SaharaReporters gathered that despite the report, Malami and Gambari persuaded Buhari to approve $159million as legal fees to Edward.

They also directed the DMO and the Ministry of Finance to release the promissory notes to Edward and others so that they could take their shares, a source had said.

“Edward was the Secretary General of ALGON when the Paris Club refund case FHC/ABJ/CS/130/2013 was done by Joe Agi (SAN) and his colleagues before Justice Ademola. It is clear that he was not the lawyer to ALGON and this much ALGON has said in writing to Malami and the Chief of Staff, Gambari,” the source had told SaharaReporters.

“The EFCC in its report to Malami and Gambari also established that TED EDWARD did not represent ALGON and that Ted Edward in his own handwriting admitted that Joe Agi was the lead counsel for ALGON. He went to one Judge, Baba Yusuf and procured a judgement that he was the lawyer to ALGON in the Paris Club refund case.

“Yet, Malami who knows this is recommending that Ted Edward be paid $159,000,000 as fees from ALGON instead of the actual lawyer. Will this not amount to double payment whenever Mr Joe Agi demands to be paid? From my investigation, Mr Joe Agi, ALGON and The Nigerian Governor Forum have all gone back to court to challenge the payment of the $418million including that of Edward through promissory notes.

“Should Malami not take a second look at the suit and see if really there is any fraud as being widely alleged? Instead he and the Chief of Staff tricked the President and subsequently directed the Debt Management Office and the Finance Office to release the promissory notes to Edward and others so that they can take their shares.

“The total sum of $418million promissory note suggested by Malami to be paid is just a tip of iceberg of what is coming unless he is stopped. Nigeria will become bankrupt before President Buhari leaves office. The anti-corruption war of Buhari has been effectively clipped by Malami and Gambari using their powerful offices to trick the President who really trusted them.

“All needed to be done is to allow an independent people to go through the whole cases concocted on the advice of Malami and the truth will be seen and Nigeria saved of all these massive stealing.

“Why is Malami not challenging any of these court judgements? If I may ask; in most of all these claims, the EFCC had investigated, took statements and established that none of the contacts were executed. The report was submitted to Malami and former Minister of Finance, Kemi Adeosun by Magu-led EFCC suggested the arrest and interrogation of Ted Edward and one Prince Nicolas Ukachukwu but he and Gambari suppressed the report.

“The same man suggested to be arrested is who Malami said should be given $159,000,000. ALGON had written several letters to him and Fayemi, who is the Chairman of Nigerian Governor Forum that all the jobs executed by Edward and others were fake, not executed. Yet Malami in the face of this clear case of fraud tricked the President in a memo and said judgement was given against them.

“He also negotiated the debt to 50 percent and convinced the President to pay to avoid more damages. It’s high time President Buhari save his anti-corruption war by causing a thorough investigation of his appointees involved in this massive fraud.”

Other beneficiaries include a former member of the House of Representatives, Ned Nwoko, who is laying claim to $142,028,941 via a consent judgment he obtained from the Federal High Court in Abuja in the suit marked FHC/ABJ/CS/148/2017.