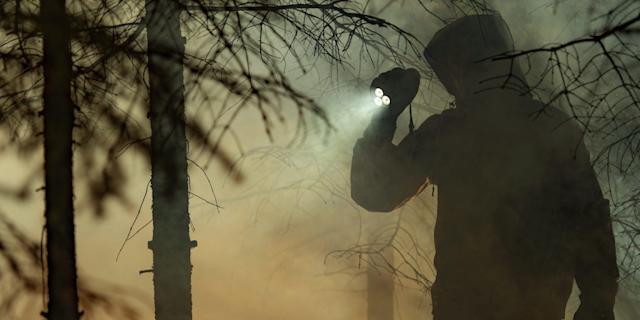 Brittany Renee Williams, then a 7-year-old of Henrico, Virginia, who was being treated for AIDS, disappeared from her foster home in 2000.

A woman in Indiana said she has DNA evidence to prove that she is the 7-year-old child who went missing in Virginia more than two decades ago, local news station WWBT reported Tuesday.

In 2000, Brittany Renee Williams, of Henrico, Virginia, disappeared from the independent foster home where she lived. Police searched for the seven-year-old, who was being treated for AIDS, but to no avail, leading authorities to assume she was dead, especially without her medication.

But Kaylynn Stevenson, of Fort Wayne, Indiana, came forward with DNA evidence that she says proves that she is the missing child, WWBT reported.

Stevenson told WWBT that she had forgotten most details from her past except for her last name, Williams. After doing a Google search of missing children with that last name, she said her life was revealed to her through media reports and information about her disappearance.

“And Brittany Renee Williams’ photo popped up,” Stevenson said. “I woke my wife up out of her sleep and was like, ‘This is me! I know me when I see me. This is me!'”

Ladajah Kelly, Stevenson’s wife, told WWBT that she saw the resemblance between her partner and the photos of 7-year-old Brittany, “from the hairline to the ears, to the smile, to the chin.”

“Even the mole on her neck… I started putting the pieces together that that was really her,” Kelly told WWBT.

Stevenson said she had a spotty memory of her time at Rainbow Kids, the foster home run by Kim Parker.

Court documents obtained by WWBT revealed Parker was indicted on 73 counts of fraud and accused of taking $24,000 in government benefits meant for Brittany. She took a plea deal that included a 10-year jail sentence.

WWBT reported that Parker sent Brittany to live with two women in California, which police said wasn’t true. Stevenson told WWBT that she lived most of her life in Ohio with her adoptive parents and recently started researching her biological family in Richmond, Virginia.

Stevenson also said she did a DNA test with Anastasia McElroy, the first daughter of Brittany’s mother Rose Marie Thompson and Stevenson’s purported half-sister. The in-lab test showed that the pair have a 95.83% probability of being half-sisters, WWBT reported.

However, discrepancies in proving Stevenson is Brittany remain, such as Stevenson’s birth certificate not matching the birthday of Brittany, or how no medical doctor had diagnosed Stevenson with HIV or AIDS like Brittany.

X
Horrifying mountain of human bones and bodies ‘ravaged by hyenas’ found inside a…Last PostThe Sun A MOUNTAIN of human bones and animal carcasses has been found in what's thought to be a hyenas' lava tube cave in Saudi Arabia. The gruesome f…