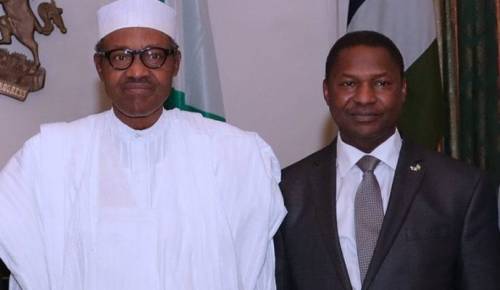 A chieftain of the ruling party, All Progressive Congress (APC), Garus Gololo, has called on President Muhammad Buhari not to shelve his plans to sack some cabinet members of his administration.

According to Daily Post, the party chieftain stated this in reaction to the story by SaharaReporters, which revealed that Buhari had perfected plans to sack the Attorney-General of the Federation and Minister of Justice, Abubakar Malami (SAN), and others whom Buhari said had not lived up to expectations.

SaharaReporters had on Thursday reported that Buhari had completed plans to sack Malami and 15 other ministers in his cabinet, before December 2021.

Amid the development, it had also revealed that Malami was secretly lobbying the “cabal” in Aso Villa, to prevail on the President to spare him.

But reacting to the development, Gololo said it would do the President a whole lot of good if he sacked Malami and others in his cabinet.

He said, “Let the President go ahead and sack them – both Malami and other ministers who are not productive. The party APC has built on good ideology and if anyone has nothing to offer the President, in terms of capacity, to enable him to deliver on his promises and live up to the expectations of the ideology, then such person should be shown the way out.

“I will advise the President not to listen to anyone or even the Malami himself. Let him stay focused and reposition his government. Let no one distract him.

“I would even prefer if the President sacks the Secretary to the Government of the Federation and the National Security Adviser, in addition to Malami and other members of his government who has brought his performances down, by their own actions or inaction.”

Buhari had, on September 2, 2021, removed two of his serving ministers, with the promise to continue with the reshuffling of his cabinet.