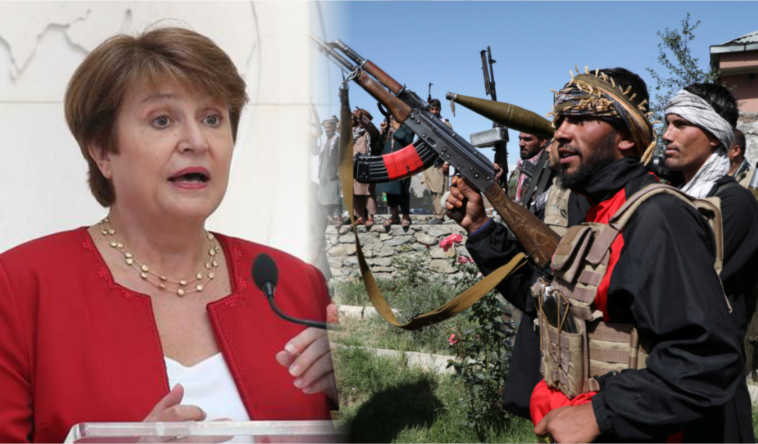 Afghanistan has notably been excluded from the International Monetary Fund’s $124 million debt relief program for low-income countries struggling under the effects of COVID-19.

“There remains a lack of clarity within the international community regarding the recognition of the government in Afghanistan,” the fund said in a statement released on Friday.

The IMF added that this lack of recognition of the Taliban government was why the “Fund’s engagement with Afghanistan” was on pause, and its exclusion from the debt relief programme.

The approval of the fourth batch of debt relief is to help provide funding for healthcare, social, and economic support to soften the impact of the COVID-19 pandemic.

The exemption of Afghanistan comes as the country was taken over by the Taliban extremist group in August.

Shortly after the Taliban’s return to power, the World Bank announced that it was freezing payments for its projects in the country.

“We have paused disbursements in our operations in Afghanistan, and we are closely monitoring and assessing the situation in line with our internal policies and procedures,” a World Bank spokesperson said then in Washington.

The World Bank explained that ahead of its fall, it had provided aid to Afghanistan totalling almost $5 billion from 2002 through April 2021.

X
Starvation looms as baking industry moves to shut down over high cost of product…More NewsBaking industry producing bread, a major staple food in Nigeria is currently shutting down operation in some parts of the country following the high c…