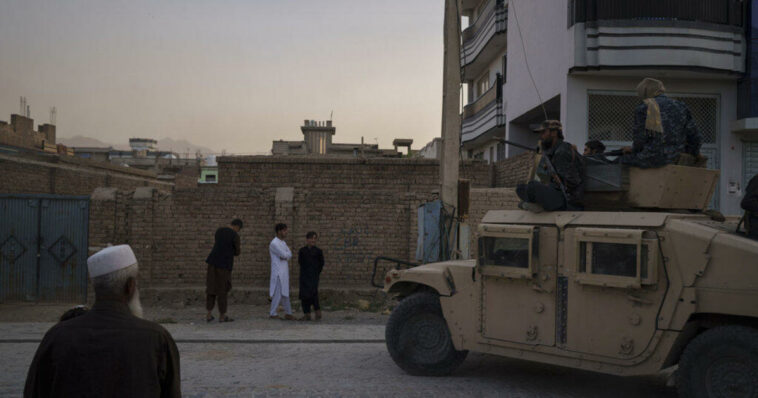 Senior Taliban officials and U.S. representatives are to hold talks Saturday and Sunday about containing extremist groups in Afghanistan and easing the evacuation of foreign citizens and Afghans from the country, officials from both sides said.

The talks are a continuation of “pragmatic engagements with the Taliban on issues of U.S. vital national interest,” according to a State Department spokesperson.

It’s the first such meeting since U.S. forces withdrew from Afghanistan in late August, ending a 20-year military presence there, and the Taliban’s rise to power in the nation. The talks are to take place in Doha, the capital of the Persian Gulf state of Qatar.

Taliban spokesman Suhail Shaheen, who is based in Doha, told The Associated Press on Saturday that the talks will also revisit the peace agreement the Taliban signed with Washington in 2020. The agreement had paved the way for the final U..S. withdrawal.

“Yes there is a meeting . . . about bilateral relations and implementation of the Doha agreement,” said Shaheen. “It covers various topics.”

Terrorism will be featured in the talks, said a second official who spoke on condition of anonymity because he was not authorized to speak to the media.

Back to Top
Close
X
PDP fixes date to start sale of forms, reveals National Convention Venue…In the NewsNaija NewsGovernor of Adamawa State and Convention Planning Organising Chairman, Ahmadu Fintiri, has revealed that nomination forms for the various of…

U.S. and Taliban to hold first talks since Afghanistan withdrawal