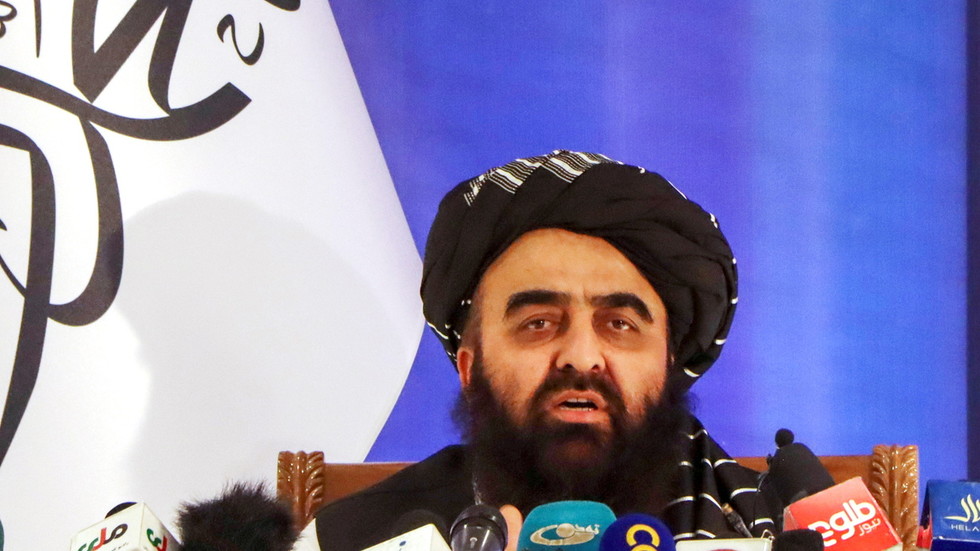 The Taliban is laying down the law with President Joe Biden’s administration, reportedly warning that any attempt by Washington to destabilize Afghanistan’s new government would be “good for no one.”

“We clearly told them that trying to destabilize the government in Afghanistan is good for no one,” France’s AFP quoted Taliban-appointed Foreign Minister Amir Khan Muttaqi as saying on Saturday. The statement followed a meeting in Doha, where the Taliban is holding its first face-to-face talks with US officials since the Pentagon completed its withdrawal from Afghanistan on August 31.

AFP News Agency on Twitter: “#UPDATE The Taliban warned the United States not to “destabilise” the regime during their first face-to-face talks since the US withdrawal, its foreign minister Amir Khan Muttaqi said on Saturday pic.twitter.com/t9bfwYYKHA / Twitter”

UPDATE The Taliban warned the United States not to “destabilise” the regime during their first face-to-face talks since the US withdrawal, its foreign minister Amir Khan Muttaqi said on Saturday pic.twitter.com/t9bfwYYKHA

The Taliban’s warning might seem like an unrealistic expectation, given Washington’s notorious penchant for trying to finagle regime changes to oust governments all over the world. The Biden administration has emphasized that this weekend’s talks don’t mean Washington recognizes the Taliban as Afghanistan’s legitimate government. Rather, US officials are engaging with the Islamist group on areas of national interest, such as containing terrorist groups, respecting women’s rights and allowing humanitarian aid agencies to operate, the White House said.

Muttaqi told reporters that the two sides agreed to continue upholding terms of the 2020 Doha agreement, which was negotiated by former President Donald Trump’s administration. That deal includes requirements that the Taliban take action to prevent terrorist groups, such as ISIS-K, from jeopardizing the security of the US and its allies.

The Central Asian country may remain a money pit for Washington even after Biden ended America’s longest war in a chaotic withdrawal that left hundreds of people dead and thousands of US citizens and permanent residents stranded. Reuters reported on Thursday that the US and some Western allies will fly planeloads of dollars to Afghanistan – somehow without letting the cash fall into Taliban hands – to help prevent a humanitarian crisis.

US officials chose to coordinate with the Taliban after the Islamist group seized control of Kabul even before the American withdrawal could be completed. In fact, the Pentagon and US State Department relied on the Taliban to secure the area outside the perimeter of the Kabul airport, a move that was assailed by Biden critics after 13 American troops were killed in an ISIS-K bombing attack.

The Biden administration’s cooperation with the Taliban has had mixed results at best. For instance, as American-trained Afghan security forces melted away in August, US Central Command head General Kenneth McKenzie reportedly met with Taliban leader Abdul Ghani Baradar in Qatar and demanded that the group stay out of Kabul for a few more days while the Pentagon completed its evacuation. McKenzie threatened US airstrikes if the Taliban didn’t comply, but militants rolled into the capital the next day. There were no airstrikes against them, but the Taliban refrained from interfering with the US evacuation.

Twitter users mocked Saturday’s warning by the Taliban, including some who said the group wouldn’t have dared threaten the Trump administration. “Please don’t interrupt the limb amputation and public beheadings,” one commenter tweeted. “It’s bad for morale.”

‘Good for no one’: Taliban WARNS Biden administration against attempting to destabilize new Afghan government