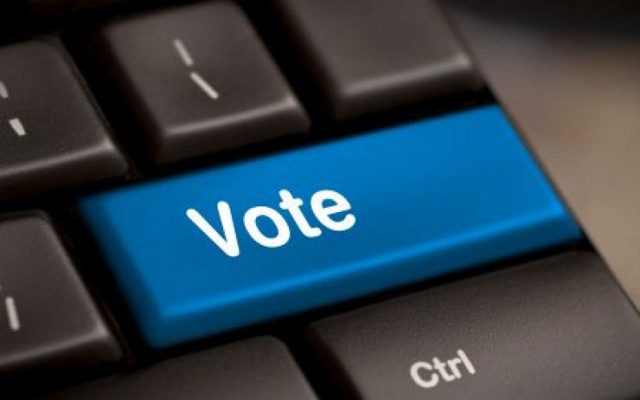 In the over six years, that I have committed myself to part-time work in development, anyone who has interacted with me during the period would recall many things, but more importantly that I am vehemently opposed to being described as a “Comrade”. Beside the baggage that the word connotes within the Nigerian speak, I always tell people that I am just an advocate. This is because I am convinced that sustainable change is the product of constructive engagement or what some may choose to describe as pragmatism. Such engagement must therefore be done from a place of knowledge, critical thinking, dialogue, negotiation, and the understanding that there are ambiguities and sometimes compromises.

It is the reason I advocate for issues such as, inclusion, policy improvement, electoral reforms, and most importantly leadership. There is nothing more critical to development than leadership; everything starts and ends with leadership. Therefore, we must all be interested in the leadership recruitment process, particularly when there are opportunities like the one we currently have, to amend our electoral laws to improve the integrity, credibility, and outcome of the process. I am glad to have committed a huge part of my time over the last two years, to advocate for some of the critical issues surrounding our election, particularly under the #FixElectionsNG campaign by YIAGA AFRICA. This is because I know that without a proper electoral framework, every other effort would appear like the metaphoric process of pouring water into a basket. It will never hold.

This is the reason I accepted pronto, the invitation by YIAGA, to join the Stakeholders Reflection Roundtable on Electoral Reform at the Transcorp Hilton in Abuja earlier in September. Although, a killjoy during the period was how my flight was delayed by an airline for over eight hours, gratuitously and without remorse. I will share the full story of that harrowing experience at a much later date, but believe me when I say it is time to check the excesses of our airlines, specifically local travels. The other day, I saw that some lawmakers were also stranded by an airline in Kano, I hope they will rise to the challenge!

We considered the variations in the versions passed by the Senate and the House of Representatives and subsequently put forward the version that we considered more acceptable by citizens. As expected, clause 52 was a contention, the section on the electronic transmission of result. In the said clause, the House passed 4 sub-clauses while the Senate passed 5. The House in Sub-clause 2 empowers the Independent national Electoral Commission ( INEC), to determine the method and procedure for voting and transmission of results, while the Senate in sub-clause 4 requires INEC to seek the approval of both the NCC and the National Assembly before deploying the electronic transmission of result.

Besides that the version by the Senate wilfully derogate the Independence of INEC and its right to determine the modality of every election, it is also an overkill without prejudice to the right of the National Assembly to make laws for the country. It is therefore considered that the House of Representatives version, which gives power to INEC to determine the procedure for voting and transmission of results should be adopted. This was not without objection by the Senate spokesperson Sen. Ajibola Basiru, who astutely defended the position of the Senate on the premise that national internet coverage across the country is low and that according to NCC, the country currently does not have the capacity to transmit results electronically.

But I objected, and insisted that leadership should be about responsibility and solution, not prevarication. Let us assume for a moment that the national coverage according to NCC stands at 50.3%, it is not impossible to improve coverage to about 80-85% before 2023. As a matter of fact, what is the job of NCC, if it is not to ensure that those who are not presently covered by internet access, are immediately connected through investment in broadband infrastructure.

I wonder why we too often make it seem like answers are far away when they are in fact before our nose. A major way to improve internet coverage would be to encourage more states to slash the price of Right of Way per meter, so that it can improve the laying of optic fibre into more rural communities. Imo recently joined Ekiti as the second state to have slashed the ROW per meter, from N4500 to N145. Ekiti state had in January taken the lead to slash the price of ROW per meter, here I must commend my good brother, Akin Oyebode, the Ekiti State Commissioner for Finance and Economic Development, for his courage to implement the policy, which I believe more states would emulate. That effort and other coordinated strategies are part of the policies that are helping to improve the ease of doing business in Ekiti and repositioning the state for more business and investment.

Asides from the ROW, I also think it is disingenuous for the Senate to claim that Nigeria is not ready for electronic transmission of results, the facts on ground do not support this claim. Kaduna State only just conducted its local government election using electronic means. YIAGA reported in 2018, that INEC successfully transmitted results using the smart card readers in 77% of the polling units during the Ekiti state Governorship election. In September of the same year, INEC successfully transmitted 75% of the results in Osun. Fast forward to 2020, the commission introduced the Z-pad technological device which is used to send polling unit results to a dedicated online viewing portal, known as (IReV). According to YIAGA, by midnight of election day in the last Governorship election in Edo and Ondo, over 90% of polling units results had been uploaded on the INEC election results portal. And this is largely correct, because I can remember the Edo situation vividly, we could already predict the winner of the election the morning after the election.

INEC has also said consistently that it has…

Back to Top
Close
X
Grazing reserves, a gunpowder kegEditorialVanguardWE wish to, once again, urge President Muhammadu Buhari to abandon his intention to “revive” what he refers to as “grazing reserves” allegedly…

X
Foods, herbs to manage hemorrhoidsEditorialPunchBy OlufunkeHave you started eating locust beans? You have to because for this week it is part of the list of the natural remedies.Have you ever e…