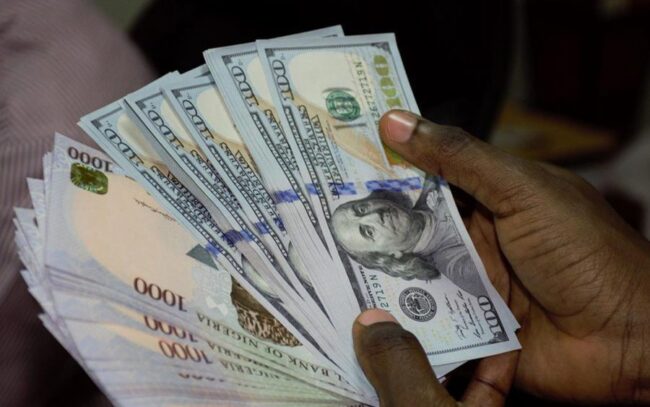 Nigerian naira on Monday opened the week’s trading at N570 per dollar at the market – as vice president Yemi Osinbajo called for the devaluation of the currency.

Street traders across forex markets in Lagos quoted the naira at N570 to a dollar.

Since the suspension of trading information by abokiFX — citizens have resorted to street traders for the current parallel market rates of the local currency.

The Central Bank of Nigeria (CBN) had vowed to go after abokiFX and its founder Oniwinde Adedotun over “illegal foreign exchange transactions”.

The move made abokiFX suspended its daily updates of black market rates.

Yusuf, a currency trader at Eko Hotel, said the rate has been stable for a while now.

Another currency trader in Ikeja said the rate has been stable in the last one week.

Speaking at the midterm retreat of President Muhammadu Buhari’s second tenure, vice-president Yemi Osinbajo said the country’s exchange rate is artificially low, and it is deterring investors from bringing foreign exchange into the country.

Osinbajo called on the CBN to allow the naira reflect the realities of the market.

Godwin Emefiele, governor of the CBN, had dismissed insinuations about naira devaluation.

The CBN governor said Nigeria would continue to operate a managed-float exchange regime.

A managed float fx regime is when exchange rates fluctuate daily, but central banks attempt to influence the rate by buying and selling currencies….