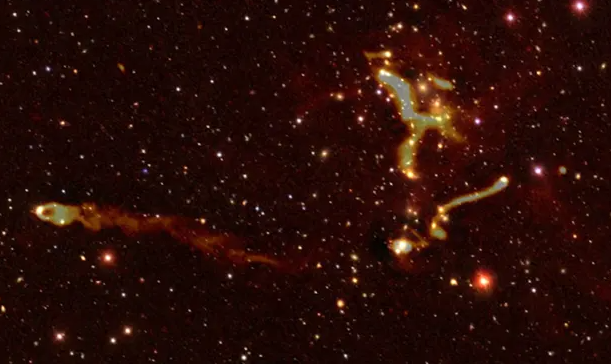 New techniques for spotting previously hidden planets could reveal whether there is life out there – or not.

Australian scientists are part of a team that has for the first time used a radio antenna to find exoplanets, which means planets beyond our solar system.

Using the world’s most powerful antenna – the Low Frequency Array in the Netherlands (Lofar) – the team has discovered radio signals from 19 distant red dwarf stars.

Four of them are emitting signals that indicate that planets are orbiting them.

University of Queensland astrophysicist Dr Benjamin Pope says the finding opens up “radically new opportunities” to study exoplanets, which may be habitable.

The research was published on Tuesday in Nature Astronomy, at the same time as a second paper Pope has authored which confirmed the data using an optical telescope.

Pope said it was staff at Australia’s scientific research agency, the CSIRO, who first started studying the sky with military radars during the second world war. Then CSIRO developed the Parkes Observatory – known as The Dish.

Back to Top
Close
X
What’s the deal with placebo pills?Science“Honest placebo pills” are on the market, but does the science support them? By Ellen Phiddian The website for Zeebo Relief tablets reads like any oth…

‘I think there’s life out there’: powerful radio antenna used for first time to find exoplanets