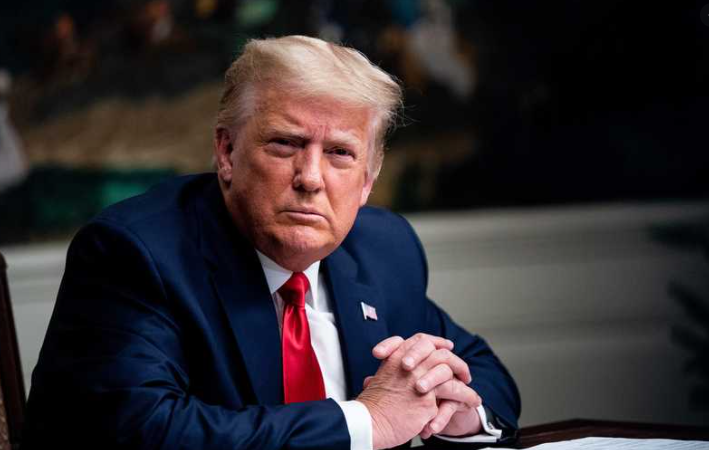 Former President Donald Trump is the favorite to win the 2024 election according to two leading bookmakers, the first time this has happened since before the November presidential election last year, Newsweek reported on Tuesday.

BetOnline, which is headquartered in Panama, offers 11-4 odds on Trump capturing the presidency in 2024, with President Joe Biden in second at 13-4, followed by Vice President Kamala Harris at 5-1.

Florida’s Republican Gov. Ron DeSantis is next with odds of 10-1, followed by Secretary of Transportation Pete Buttigieg at 16-1, former U.N. Ambassador Nikki Haley at 18-1, and former Vice President Mike Pence at 20-1.

Immediately after Trump lost the November presidential election, BetOnline offered odds of 33-1 on him winning in 2024. Those odds changed to 12-1 in January this year.

“Biden’s approval rating is falling, and it looks less likely than ever that he will be able to get his agenda through Congress,” BetOnline political oddsmaker Paul Krishnamurty told Newsweek. “A defeat at the midterms (70% likely) would further tie his hands and likely make for a very uncomfortable couple of years after 2022. It’s hard to see his brand being as strong the second time around. Running again, aged 81, may make little sense.”

Krishnamurty added that “Harris, meanwhile, isn’t cutting through as VP or a viable alternative. Thus the Democrats look set to have a weak hand in 2024.”

On the other hand, Krishnamurty pointed out, “while Trump may well still be indicted, the longer authorities wait, the more it will appear politically motivated and the more likely to get tied up in legal delays.”

He added that “it isn’t clear that the Jan. 6 Commission will deliver either. The effect may ‘detoxify’ Trump and the issue itself.”

The BetOnline political oddsmaker also pointed out that, among Republicans, “no serious challenge is emerging to Trump. Liz Cheney looks likely to lose in Wyoming, and therefore deter others from taking him on.”

Online bet setter Betfred has also placed Trump with the winning odds for the first time since before the November election, as he is now a 4-1 favorite to win in 2024, with Biden at only 9-2.

“That’s the first time we have had Trump as favorite for a shock return,” Betfred spokesman Peter Spencer told Newsweek. “Biden is facing big challenges after pledging to unite America.”

Some bookmakers, however, do not have Trump ranked first.

At Ladbrokes, for example, Biden is the 7-2 favorite, with Trump at odds of 4-1.

Other bookmakers rank Trump as joint first for the next presidential elections. For example, Betway gives the former president 4-1 odds…

2 bookmakers have Trump as favorite to win 2024 election