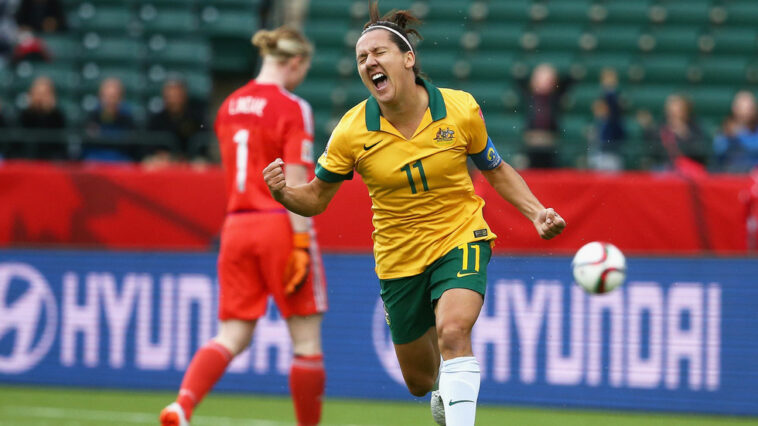 An Australian journalist and former media lawyer, whose work has been published in The Australian, the Sydney Morning Herald, the Age, the Sunday Mail, the Spectator and Quadrant.

Serious accusations have been levelled by former Matildas star Lisa De Vanna, suggesting women’s football in Australia has covered up abuse for years, only this time the alleged perpetrators are female.

In the current #METOO era, allegations of serious sexual abuse and harassment made by women against prominent and powerful men are commonplace.

In fact, it seems that not a week goes by without a fresh #METOO scandal being discovered and prosecuted by woke media organizations

In Australia, however, in the three most important #METOO cases the complainants were disbelieved. International actor Geoffrey Rush was awarded AUS$2.9 million in defamation proceedings after being falsely accused of sexual harassment, and prominent cricketer Chris Gayle obtained a AUS$300,000 damages award in similar circumstances. Actor John Jarrett was found not guilty of sexual assault in criminal proceedings.

Then, last week, a most unusual #METOO scandal emerged Down Under – one that has created a serious dilemma for the #METOO movement and the woke media that so slavishly and uncritically supports it.

X
Husband a ‘suspect’ as Tirop found deadCrime SceneBBCKenyan world record holder Agnes Tirop has been found stabbed to death at her home in the western town of Iten, with police treating her husband as…