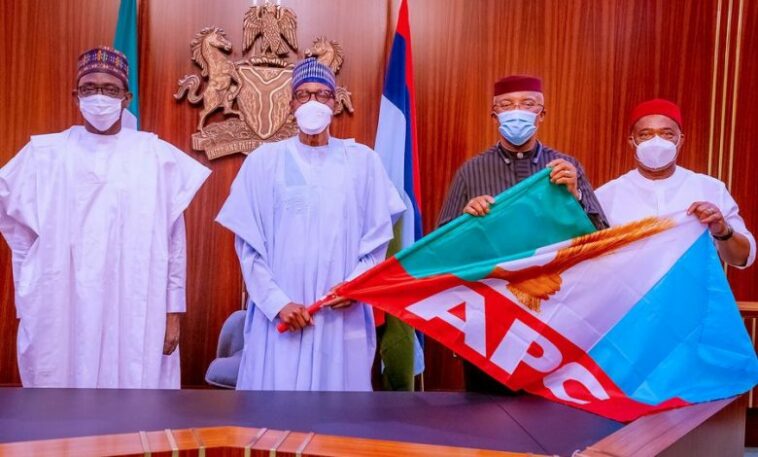 Briefing State House correspondents at the end of the meeting, Uzodinma said there will be more defections to the ruling party before the upcoming governorship election in the state.

The governor, however, faulted that claims by Governor Willie Obiano of Anambra that members of the State House of Assembly who defected from APGA were financially induced to join APC.

Uzodinma stressed that rather than enticing the lawmakers with money, they were lobbied through persuasion and counselling…

X
APC Senators to rise to 84 by next week, says Senate spokesman…Political LandscapeBlueprint NGThe Senator representing Osun Central and spokesperson of the Senate, Dr. Ajibola Basiru, Wednesday disclosed that the All Progressives Co…