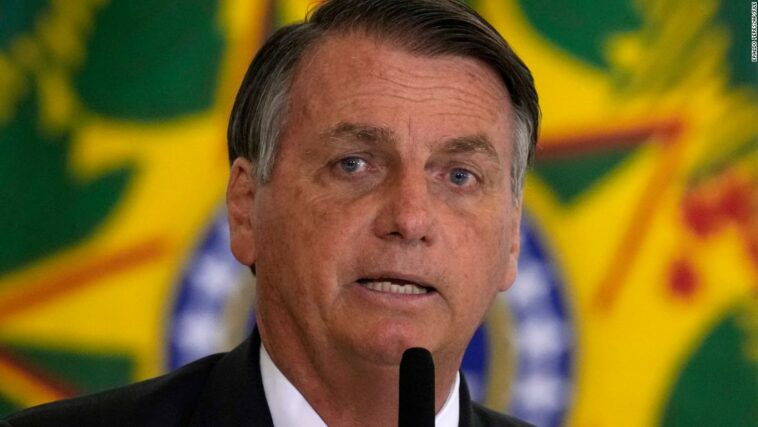 Brazilian President Jair Bolsonaro said he decided not to get a Covid-19 vaccine, in an on-air interview with Jovem Pan radio on Tuesday night.

Previously, Bolsonaro — who has been eligible to get vaccinated since April — has said he would take the vaccine after the last Brazilian was immunized.

“I decided not to take the vaccine anymore. I’m seeing new studies, my immunity levels are through the roof. I am going to get the vaccine for what? It would be the same thing as playing $10 in the lottery to win $2. That’s out of place,” he said Tuesday.

Bolsonaro argued that Brazilians have the right to not get vaccinated, saying: “For me, (it is) freedom above all. If a citizen does not want to get the vaccine, it is his right and that’s it.”

Bolsonaro’s remarks come as the Brazilian population is showing major support for the vaccine. According to Johns Hopkins University, Brazil has fully vaccinated about 47% of its population and according to Our World In Data, 72% of the population got at least one dose.

On Wednesday, Pan American Health Organization (PAHO) director Carissa Etienne said: “In Brazil we have seen the impact of weekend-long vaccine drives, and vaccine champions to encourage everyone eligible to get vaccinated. These and other tailored strategies will be key to reaching those that we have not yet reached.”

Bolsonaro has been fiercely criticized at home for his handling of Covid-19 and long-standing reluctance to impose public health precautions.

In September, the Brazilian president…

Brazil's Bolsonaro says he will not be vaccinated against Covid-19

X
'Last chance': WHO unveils new team to investigate origins of Covid-19…World NewsThe World Health Organization said on Wednesday its newly formed advisory group on dangerous pathogens may be "our last chance" to determine the origi…