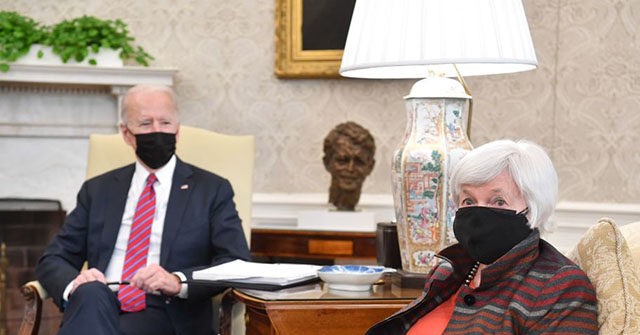 A key signal of future inflation has settled in at a highly elevated rate, a development that should jolt the Federal Reserve out of its confidence that the recent inflation surge will fade soon.

A survey of business conducted by the Federal Reserve Bank of Atlanta found that the median expectation for inflation 12 months from now remained at 3.1 percent for the second straight month. That is the highest reading detected in the nearly 10-year-old survey.

Back to Top
Close
X
Court Sentences Indian man to life imprisonment for using Cobra to kill wife…In the NewsTVC News An Indian court has handed a rare double life sentence to a man who murdered his wife, 25, by making a cobra bite her while she was sleeping.…

X
BREAKING: FG Sets December 1st Deadline For Civil Servants To Take COVID-19 Vacc…In the NewsHeadlines – Channels Television In this photo taken on August 16, 2021, a health official holds a vaccine tube and a syringe as Nigeria commences the …