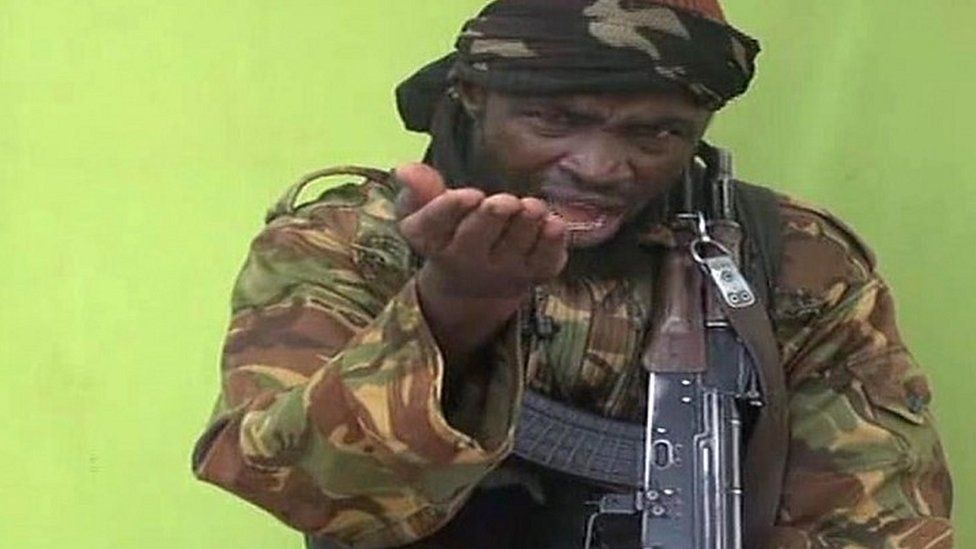 Some forcefully recruited Boko Haram members who were able to escape from the terrorists’ den in North-East’s Sambisa Forest have revealed how they were abducted, forced to do the bidding of the terrorists and their escape.

Our correspondent who was able to meet some of them discreetly in a military facility where they were being held learnt that there were many captives still in the custody of the terrorists and that anyone caught while attempting to escape was usually killed.

I was forcefully married, had baby for top Shekau’s commander, says 20-year-old member

One of the victims, 20-year-old Hassana Jibrin, who spent seven years in the terrorists’ den, recalled that she and her five siblings were abducted in Gamboru Ngala shortly after they lost their father on Maiduguri-Gamboru Road.

Jibrin, married off to one of the commanders of the late Abubakar Shekau, stated, “We were at home that Monday evening around 4:30 pm and I was preparing food for the family when we heard gunshots. We quickly made attempts to run to safety but we were blocked by the insurgents. We didn’t know they had taken over the town, so they abducted my two sisters, three brothers and me. They killed many people on sight.

“Only my mum and our youngest sibling escaped it; they had gone to the market. I later discovered they crossed to Cameroon when they heard the gunshots. We lived in a border community. My sisters died on our way to Sambisa Forest due to fatigue and I don’t know if my brothers are still alive because I never saw them again.

Asked about her experience in the forest, she said it could aptly be described as “hell” as she and others she met there were married off to the fighters.

She added, “I was married off to one of Shekau’s commanders, Abakar, who had many foot soldiers and he took me to his thatched house where we lived for seven years. He was mean; he serially abused me sexually and did all manner of inhuman things to me.

“They have a high operational command in the forest and death was the penalty for breaking any rule, especially when Shekau was alive. The fighters didn’t trust us women and they didn’t allow us to know their modus operandi because the majority of us were forced into marriage.

“When they come for sex, they wielded their guns and force us to sleep with them. If you refuse, they will kill you. Thousands of women and children are suffering in their camps and they are willing to surrender but afraid for their lives because if they are caught they will be killed.”

She recalled that they were thoroughly beaten on slight provocation. “We used bamboo as beds and there was no bedding, so we used rags. Even the bamboo was only for select top commanders. I never loved him. He was only forcing me to have sex with him,” he added.

She said when she tried to engage him in a discussion on several occasions, she was beaten, adding that they were never allowed access to their phones. “They felt unsafe around us,” she added.

Speaking further, she said Shekau, their leader, gathered the women on several occasions and encouraged them to join the fighters to combat the government whom he tagged as infidels. “He told us anyone fighting against the Boko Haram is an infidel and killing them will earn us a place in paradise,” she added.

She said she never partook in any operation but her arranged husband could be away for seven months and they could return for a few days, adding that feeding was also a problem. She pointed out that they usually got food when they attacked villages and communities or when they invaded villagers’ farmland.

She added, “Even with these, food was never enough. They were usually on the battlefield. When they robbed the villagers of their farm produce, they would take them to Shekau who would share the food.”

Asked how the insurgents got arms supply, she said they got most of their weapons when they attacked military formations and after such operations, they would take everything to Shekau who would keep them and distribute them when they had operations.

She stated, “The persistent attacks on military formations are often to steal arms and they have large arms caches. They have an arsenal of sophisticated guns.”

She noted that she was sick on several occasions but that she was given drugs as the insurgents had nurses and equipped clinics. She, however, said she didn’t know how they got their supplies.

She said, “I became pregnant and was delivered of a girl by the nurse in the bush. She is three years old now. I never loved him and with the way he severely abused me, I have lost any sexual urge.”

Asked how she escaped, she said, “Three of us with our children escaped from the camp around 7pm. I had told him earlier in the day that I was going to the next village to see my relatives, whom I was told lived there. Boko Haram also controlled the place.

“Having visited the village before with his permission and under strict rules, he believed me when I told him I wanted to visit my relatives again. He said I must return the same day, otherwise, he would come after me. That was how we escaped. We set out that morning and trekked all through the day and hid until it was dark before we continued the journey in the night.

“We trekked until we got to a village where we met some people who took us to the military. We took a big risk, though we knew we would be killed if we were caught. But we took the risk and it paid off.”

Another victim, 19-year-old Hassan Ibrahim (not real names), told our correspondent he was abducted from a village in Bama Local Government Area of Borno State and was forced to become a fighter.

He said, “I was a Boko Haram fighter for three years. They came to our village and took us to N’Djamena (the capital of Chad) where they trained us how to handle weapons. We used to sneak into Nigeria to launch attacks. I operated from the Gajigana axis under the leadership of Shekau. After launching attacks, we would retreat to N’Djamena. After Shekau’s death, Nigerian troops got into the camp and arrested us. We had nowhere to go other than to surrender to the military.

“I have never gone to school but I know a little of the Quran. We only depended on our commanders to interpret the Quran for us and we carried out instructions from our commander. My commander was Malam Abu Rash. I learnt he has also surrendered.”

He said he never met Shekau, adding that he was sure he was killed by insurgents loyal to Mamman Nur. He noted that they were warned never to return to dump the Islamic sect.

He said, “They told us to join hands with them to fight the government and the military because they are enemies of God and that it is our duty to kill God’s enemies. They told us that it was the only way we could make paradise. They gave us sophisticated weapons with magazines and ammunition and sent us to the battlefield.”

Ibrahim said he had yet to know the whereabouts of his parents and siblings after they all arrived at the camp. “Six of my father’s children were abducted on the day they invaded our village but I don’t know where they are now,” he added.

Back to Top
Close
X
INVESTIGATION:All political parties have national headquarters in FCT, but offices are empty…RifsICIR LOCKED offices. Empty buildings. Absentee workers. Zero workforces. Uncertain addresses. Those are the findings from an investigation conducted b…

How Boko Haram seized us as teenagers, turned us to Shekau’s fighters, mechanic for over seven years –Escaped members