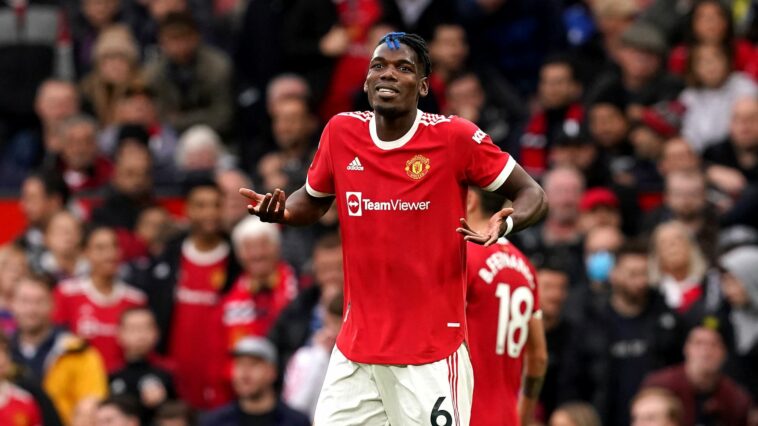 Paul Pogba’s form has been one of the bright spots for Manchester United this campaign.

The Frenchman equalled the record for most assists in a game when he set up four goals against Leeds on the opening day and has continued to impress.

Now in the final year of his contract at Old Trafford, is the 28-year-old finally ready to put together a world-beating season for United?

LiveScore run the rule over Pogba and the chances of that happening.

As discussions raged about a potential move, Pogba started the season on the pitch in remarkable fashion.

He notched four assists in the opening day thrashing of Leeds, one in the draw with Southampton and two more as United swept past Newcastle.

That victory over the Magpies saw Cristiano Ronaldo’s return in a United shirt and reports suggested Pogba wanted to extend his stay at Old Trafford.

He was linking up well with the likes of Bruno Fernandes, Mason Greenwood and Edinson Cavani, even before CR7 walked through the door.

Not that boss Solskjaer was necessarily that impressed with the statistic.

He said: “What does an assist consist of? A square pass and Bruno hits the top corner or when Paul plays a great pass through and Mason runs through?

“Paul has always been a great passer, one of the best in European football, and he’s not got assists from his best passes this season. I don’t pay attention to assists, it’s a social media thing.”