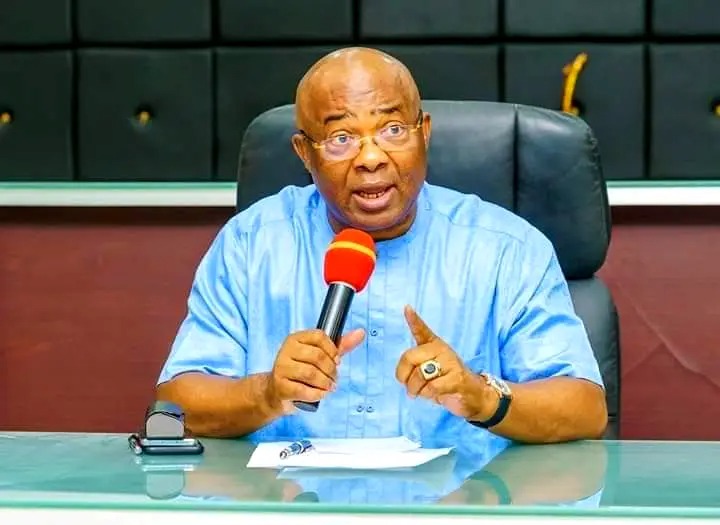 THE Imo state governor, Senator Hope Uzodinma, Wednesday said that the state government was talking with leaders of the Indigenous People of Biafra, IPOB, behind the scene with a view to finding solutions to the insecurity in the state.

Governor Hope stated this while speaking with State House correspondents after meeting with President Muhammadu Buhari at the Presidential Villa, Abuja.

He said the purpose of the meeting was to thank the President for coming to Imo State to commission what he described as “some strategic projects” built by his administration.

He further said that he briefed the President on the security situation in the state, adding that Imo was relatively peaceful.

The Governor, who said that the state government has invested a lot of money in security, regretted that over 80 per cent of the people killed as a result of the insecurity in the state are Igbos.

Answering questions on why leaders of the South East had allowed the security situation to fester instead of finding a way to dialogue with the separatists as was seen in the North where some governors had direct dialogue with the bandits and Boko Haramleaders, he said that there were behind the scene discussions.

But he was however reluctant to disclose what manner of discussions were being held or with whom.

Speaking in parables, he affirmed that not all talks could be undertaken openly.

Asked whether there was any negotiation with the leadership of the Indigenous People of Biafra (IPOB), he responded: “The management of crime can be likened to the relationship between husband and wife. It’s not everything they do to keep peace that are discussed at the sitting room.

“Discussion in the bedroom produces…

Back to Top
Close
X
75% of students in Kankara drop out of school: Report…More NewsPeoples GazetteA local government official attributed the trend to insecurity.A report just released has indicated that 75 per cent of children in Kan…