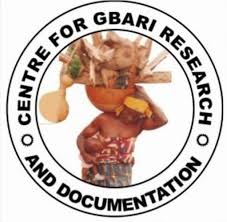 According to him, the project will go beyond orthography as efforts would be made to include development of the curriculum, which would serve persons from elementary level to tertiary level of education in the country.

Gaza revealed that the workshop which includes intellectuals and stakeholders from the education sector will develop relevant education materials that will preserve Gbagyi language from extinction.

“At the end of this workshop which is going to deal with the writing, the critique and editorial, we are going to come up with a harmonised orthography of Gbagyi language.

Back to Top
Close
X
Two masquerades arrested in Ondo for stealingIn the NewsTVC News The police in Ondo state have arrested two masquerades for allegedly stealing ₦370,000.00 and inflicting injury with cutlasses on one Adinoyi…

X
Masari decries release of bandits, others by courts…In the NewsRipples NigeriaThe Katsina State Governor, Aminu Masari, has faulted the release of suspected bandits, rapists, and other criminals by the courts.Masa…