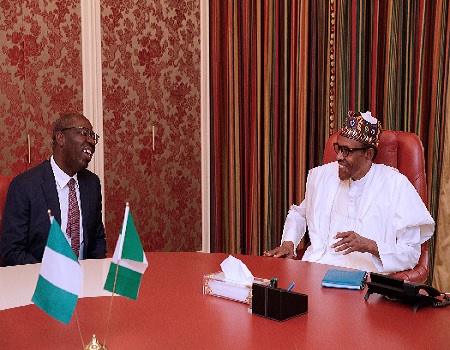 Speaking to correspondents after the meeting, he affirmed that while many southern states have passed the anti-opening grazing law as agreed, Edo was yet to do so because it wanted to be sure it could enforce the law.

He said he told the president that Edo people have resolved that ranching was a private business but since it is expensive, the federal government should make funds available for interested individuals under the National Livestock Transformation Programme.

He said: “Principally, there were four issues I discussed with him. First has to do with the position of Edo State on the anti-grazing law. As you know, most southern states have passed laws relating to open grazing, but Edo has not, because we want to ensure that whatever laws we pass are laws that we can enforce.

“We’ve had extensive consultations with our people, extensive town hall meetings, to deal with the issue that, yes, we do not want open grazing, it is out-modeled, it’s outdated, however, what are the options?

“If we are asking that we should now have ranches and these cattle should now be constrained to specific areas, such as ranches, then who provides the land?

“My people say that, as far as they’re concerned, ranching is a private business and therefore, just like every other agricultural venture, those involved should provide the land.

“As you already know, it is expensive, it is not cheap to run and manage ranches.

“So, what I came to discuss with the President was that since the people of Edo would rather invest privately, those who are interested want to make it a private concern, then the National Livestock Transformation Programme, which is now being implemented by the federal government, should acknowledge our model, and should also be able to help people benefit from the funding that is now being made available for people who want to go into the livestock business and make investments in ranches and other similar livestock programmes.

“He, as usual, took notes, and I’m sure he’s going to do something about it…

Back to Top
Close
X
91 private jet owners fail Customs’ verification test, risk forfeiture…More RifsThe GuardianAgency issues fresh ultimatum ahead of forfeitureNo fewer than 91 out of 147 identified owners and operators of private jets in the countr…

X
Pandora Papers: How Dasuki’s teenage sons hid millions in tax haven when he was …More RifsDaily Trust Three children of Sambo Dasuki, including his teenage sons, kept secret assets in tax havens when he served as National Security Adviser. …