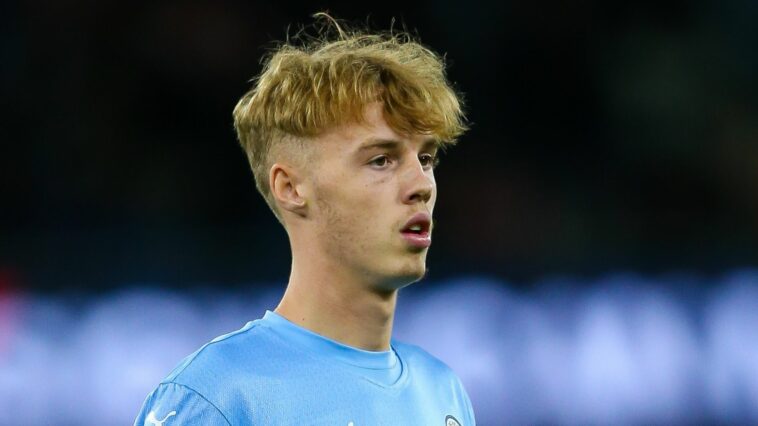 The midfielder can count Pep Guardiola among his biggest fans, so what does the future hold for the 19-year-old? We take a look.

Born in Wythenshawe, Manchester, Palmer is a boyhood City fan.

After being rejected by Liverpool and Bolton for being too small, then turning down an offer from Manchester United, Palmer joined his beloved City at Under-8s.

He has spent the past 11 years in the academy, shining at every level and going on to captain the Under-18 side in the 2019-20 campaign.

City’s academy is up there with Chelsea’s as the best in the country and Palmer is one of the most exciting talents to come out of it.

Back to Top
Close
X
In Focus: Manchester United still lack tools to help Paul Pogba shine…SoccerLiveScorePaul Pogba's form has been one of the bright spots for Manchester United this campaign.The Frenchman equalled the record for most assists in …

One To Watch: All you need to know about Manchester City youngster Cole Palmer

X
Allegations of sexual abuse by an Australian women’s soccer captain have created…SoccerRTBy Graham HryceAn Australian journalist and former media lawyer, whose work has been published in The Australian, the Sydney Morning Herald, the Age…