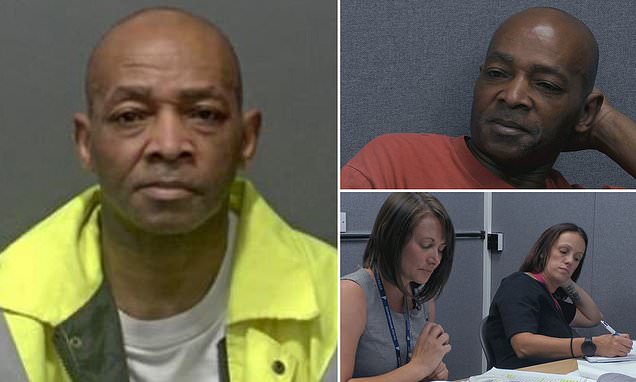 A dangerous paedophile who groomed, drugged and sexually abused a series of vulnerable boys and girls over 20 years, was today jailed for life

Pensioner Carson Grimes was convicted of a staggering 36 historic serious sexual offences by a jury following a trial.

The 65-year-old, of Dumfries Street, Luton, will serve a minimum of 22 years in prison following his sentencing at Luton Crown Court today.

While most of his victims were aged between 10 and 14 years at the time of their abuse, Grimes began abusing his youngest victim when they were just five years old.

Investigators say the predator worked to gain his victims’ trust before inviting them into what his victims called the ‘horror house’ where he would ply them with drugs and abuse them.

Bedfordshire Police launched one of its biggest ever child sexual exploitation (CSE) investigations in 2018 when one of his victims came forward to say he had been groomed and raped by Grimes in the early 1990s.

A spokesman for Bedfordshire Police said: ‘The force’s specialist CSE team then worked to identify and support further victims of Grimes’ abuse, building up a clear picture of his exploitation.

‘Detectives have now urged any sexual abuse victims to come forward to police, regardless of when the abuse happened.

‘A number of people have come forward to say they were also abused by Grimes following media coverage of the case at both conviction and then an episode of Channel 4 documentary 24 Hours in Police Custody, which featured the case on Monday.’

Paedophile who abused children over two decades is jailed for life

X
Parents want Loudoun County, Va. school board to quit after accusation it covere…Crime SceneRTThe school board in Virginia’s Loudoun County involved in a gender-affirmation policy row with parents has been accused of covering up an alleged ba…