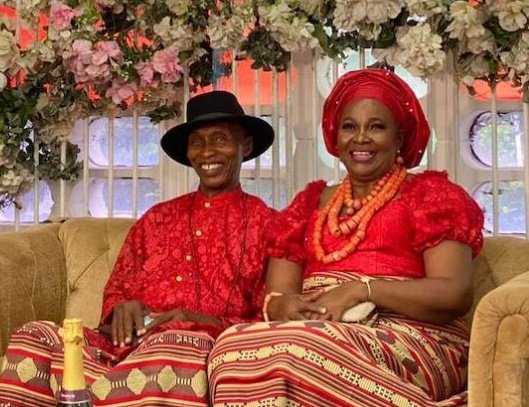 Erumena Amata, a Nigerian woman who got married for the first time at 64, says people once told her should would not get a husband due to her age

Erumena, who is the sister to Fred Amata, Nollywood actor, became a sensation on social media platforms recently after a video of her wedding ceremony surfaced online.

In an interview with BBC Pidgin, Erumena described her marriage as “God’s work”, saying it came as a surprise to her critics.

“People told me that this one you haven’t married, you won’t see any man to marry. Some said even if I manage to get a husband, he would either be shorter than me or that I’d be 10 years older than him. They also said I would not find someone within my age bracket to marry,” she said.

“But God has done it, the man that I married is tall, and not only that, he is older than me. Isn’t that God’s work?”

She also recounted battling trauma during her search for love.

“I battled a lot of pains, especially when I attended the wedding and naming ceremony of a girl that I witnessed his birth,” she added.

Erumena said her husband is a widower, who lost his wife 10 years ago. She added that they started out as mutual friends before he asked for her hand in marriage.

She also said her strict moral principles while growing up could have played a part in why she got married very late.

“When l was growing, I was so thin and that…

People told me I won't get husband, says Fred Amata's sister who married at 64