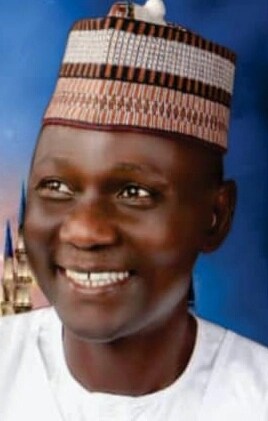 A consensus is steadily building among the progressive members of the political class who are fair, just, equitable and who continue to believe in one united and strong Nigeriain favour of Vice president YemiOsinbajo becoming the presidential candidate of the ruling APC in 2023 and he eventually becoming the president of the country itself. This is especially so among the APC of which this writer is a partisan and a knowledgeable insider.

This development is hardly surprising. Osinbajo simply has no problem as Nigerians would put it in their usual jocularity. The man has nearly all what it takes to make a very good president for Nigeria. He is humble, almost self-effacing, a team player, a loyal follower of his principal and above all, very intelligent and self-controlled.

Beyond this, he is not loud at all which is very unlike most politicians in Nigeria and elsewhere in the tempestuous democratic world. He is simply just the type of man that can heal the high political temperature in the country right now in which a stranger to Nigeria may feel that the country will break up the next day.

Even in the fold of the man popularly known as the National Leader of the APC, Bola Ahmed Tinubu, from whence he came to national limelight who used to think that it will be both a betrayal and an embarrassment if Osinbajo puts himself forward or some other group pushes him forward for the coveted seat, there is a softening of position in favour of Osinbajo.

Many top notchers within that camp are beginning to agree with the rest of other Nigerians that Osinbajo is more suitable than his god-father, Tinubu and that if APC picks Osinbajo rather than Tinubu, the party would have still kept faith with both Tinubu and the South West geo-political zone that helped the party to victories in 2015 and 2019, after all Osinbajo belongs to both.

If, as seems likely, Osinbajo emerges as the APC candidate for the 2023 presidential election, who then from the North, is going to partner him as running mate? There are a surfeit of choices. Current Kaduna Governor Nasir el-Rufai, current Communications and Digital Economy minister, Mallam Isa Pantami, current Borno Governor BabaganaZulum and FCT Minister Muhammed Bello.

Back to Top
Close
X
PDP urged to zone chairmanship to North-central, North-east…Political LandscapeBlueprintA chieftain of the Peoples Democratic Party (PDP), Suleiman Gidado has called for the zoning of the party’s chairmanship position to the Nort…

Searching for a suitable vepee candidate from the North

X
Moghalu: I’m not worried APC is compiling names of litigants…Political LandscapeThe Director General of National Inland Waterways and a chieftain of the All Progressives Congress, Chief George Moghalu, in this interview says his d…