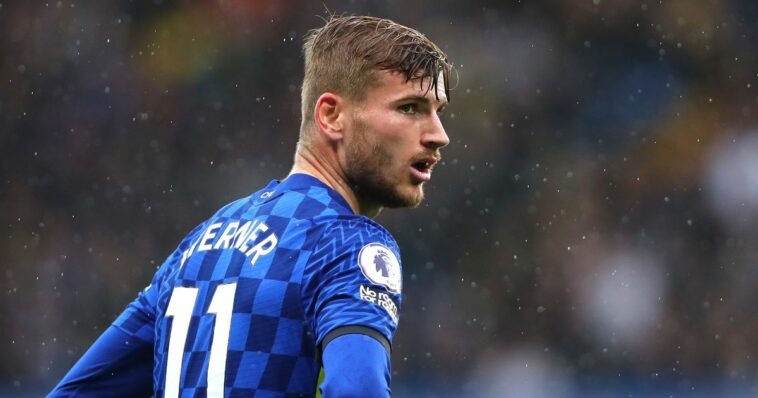 There was no time for Timo Werner to think as Thomas Muller’s pass looped into his path. His finish had to be one based on instinct, one that placed inherent trust in his skill and technique honed over countless years.

The result was impressive. Werner, on the half volley, lashed the ball beyond North Macedonia goalkeeper Stole Dimitrievski to double Germany’s advantage. The Chelsea striker would soon grab a second, this time a well-placed curled effort into the far corner.

That was a goal born out of self-belief, something Werner hasn’t lacked during his time at Stamford Bridge. Even when the goals haven’t flowed, even when countless clear-cut chances have been missed, even when VAR has frustrated the 25-year-old, he never shied away from his responsibilities on the pitch.

“It [the criticism] has to roll off you,” he said on Monday night after Germany’s 4-0 victory which sealed their place at the 2022 World Cup. “If I had been thinking too much about those days, then I would not have been able to play today.

“At some point, the barrel will be full. I know what I can do and so I go into every game with that mindset.”

Werner’s strength of character has been evident once again this term. He started both the UEFA Super Cup and Premier League opener against Crystal Palace, but the arrival of Romelu Lukaku saw the forward drop out of the starting XI.

A month passed before he was restored to the side. Werner was handed an opportunity in the Carabao Cup third round clash with Aston Villa and struck Chelsea’s only goal of the contest. He has since started in back-to-back Premier League games, the latter of which was against Southampton.

Used on the right of a front three alongside Callum Hudson-Odoi and Lukaku, Werner was able to exploit the space created for him by the Belgian, who played as a fixed point through the centre. Werner had a goal ruled out by VAR in the opening period but wasn’t disheartened and struck late on to put Chelsea in front and on the path to three points.

“I was very happy to score and help the team,” the German international said after the 3-1 win. “In the first half, the VAR decision was the story of my whole Chelsea career in one game a little bit.

“It was obviously not so clear because it took the referee a while to make his decision. Maybe 50/50. We have to accept it, I had to accept it. In the end, I was happy I could score again and we won the game…

Back to Top
Close
X
Manager in 'pole position' for Newcastle United job- Top source gives update on process…Premier LeagueSports WitnessFollowing the many rumours regarding Newcastle United’s pursuit of a new manager, we now get to see something very interesting coming fr…