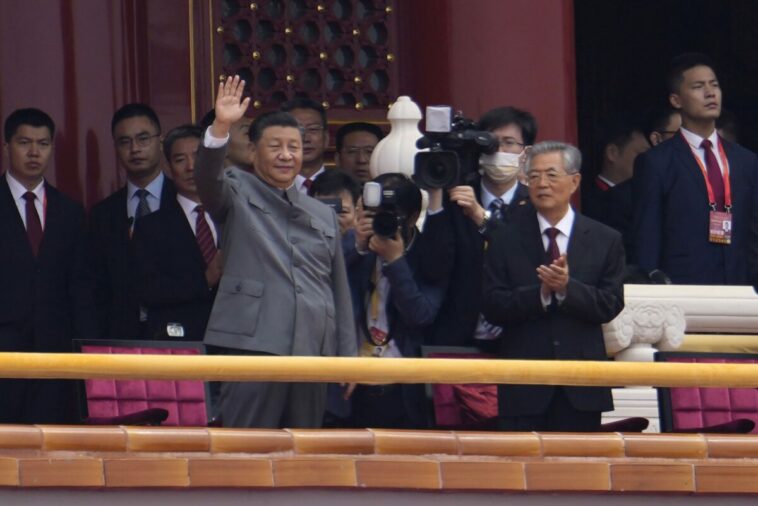 In recent years, Chinese leader Xi Jinping has gradually tightened control over private capital. State-owned enterprises took over countless private businesses amid a wave of bankruptcies and in a bid to redistribute wealth.

During a conference with Chinese Communist Party (CCP) officials on Aug. 17, Xi called for “common prosperity” and redistribution of wealth of the private sector, which targets certain wealthy individuals and groups in China.

On July 1, Xi delivered a speech at the centennial of the founding of the CCP. It’s noteworthy that Xi was dressed in a Mao suit, a style worn by former leader Mao Zedong.

This made the outside world wonder if Xi is taking China back to the Mao’s era.

The Chinese regime has also been stressing an open and reform policy, and support for the private sector.

Chinese Premier Li Keqiang, for example, paid a visit to China’s southwestern Guangxi region from Sept. 16 to 18. He said that the private sector is an “an important force” in the creation of employment and wealth.

During a forum in the southern city of Guangzhou on Sept. 16, Chinese Vice Premier Liu He said that Beijing “firmly supports the healthy development of the private sector economy.”

So what does Xi really want?

Xi Wants to Reset the Rules

Chinese dissident Wang Juntao, co-chair of the China Democracy Party, believes that Xi wants to rebuild a communist society, but not to replicate Mao’s model.

“Xi’s true intention is to maintain a communist society, but in a seemingly more civilized, market-oriented way,” Wang told the Chinese-language edition of The Epoch Times.

“Mao’s revolution is a complete elimination of wealthy landlords and entrepreneurs.”

According to Wang, Xi is different from Mao because he needs the private sector, which accounts for more than half of the Chinese economy.

“Xi paid various visits to private enterprises during the pandemic to show his support.”

But Xi doesn’t want the private sector to become too wealthy and powerful. So he set up his own rules in order to maintain control over them, Wang said.

Wang analyzed that Xi is promoting a five-tier wealth distribution model. “The first tier distribution is through the market. In the market, some people make money, while some others lose money.”

Then the regime uses the second-tier distribution—taxation. On top of the existing multiple taxes, the CCP plans to introduce new taxes on inheritance and property, Wang said.)

The third-tier distribution involves asking the rich to donate their wealth or give back to society, Wang said. If they don’t comply, then the CCP uses the fourth-tier distribution method—to bankrupt the rich. Then state-owned companies or local governments take over those bankrupt private companies, he said…

Xi Jinping’s true intentions behind the redistribution of Wealth