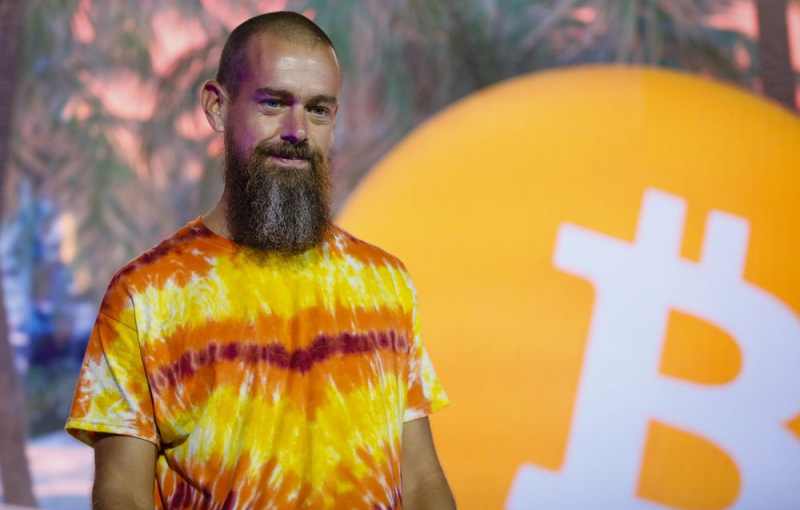 Bitcoin sucking all the oxygen out of the 24-hour news cycle. It all started this morning after a report from Bloomberg said that the U.S. Securities and Exchange Commission (SEC) is set to allow the first U.S. bitcoin futures ETF to begin trading next week.

The news quickly sent the price of Bitcoin soaring to all-time highs, reaching $60,069.60. At the time of writing, Bitcoin has surged $61,716.10, a level not seen since April 12. The good news didn’t end there for bitcoin investors.

About an hour later, Nasdaq’s vice president of listing qualifications, Eun Ah Choi, said shares of Valkyrie’s Bitcoin ETF had been certified for listing on the exchange. The certification for Nasdaq listing is a further hint that the U.S. SEC may soon approve ETF application from Valkyrie.

In yet another good news for investors, Twitter CEO and Square founder Jack Dorsey announced this evening that his payments company Square is “considering building a Bitcoin mining system based on custom silicon and open source for individuals and businesses worldwide.

In a series of tweets, Jack said that Square will follow its hardware wallet model. Jack added that the new Bitcoin mining system will be built in the open in collaboration with the community.

jack⚡️ on Twitter: “Square is considering building a Bitcoin mining system based on custom silicon and open source for individuals and businesses worldwide. If we do this, we’d follow our hardware wallet model: build in the open in collaboration with the community. First some thoughts and questions. / Twitter”

Square is considering building a Bitcoin mining system based on custom silicon and open source for individuals and businesses worldwide. If we do this, we’d follow our hardware wallet model: build in the open in collaboration with the community. First some thoughts and questions.

Below are the details from his tweets.

“1/ Mining needs to be more distributed. The core job of a miner is to securely settle transactions without the need for trusted 3rd parties. This is critical well after the last bitcoin is mined. The more decentralized this is, the more resilient the Bitcoin network becomes. True?

2/ Mining needs to be more efficient. Driving towards clean and efficient energy use is great for Bitcoin’s economics, impact, and scalability. Energy is a system-level problem that requires innovation in silicon, software, and integration. What are the largest opportunities here?

3/ Silicon design is too concentrated into a few companies. This means supply is likely overly constrained. Silicon development is very expensive, requires long term investment, and is best coupled tightly with software and system design. Why aren’t more companies doing this work?

4/ There isn’t enough focus on vertical integration. Considering hardware, software, productization, and distribution requires accountability for delivering to an end customer vs improving a single technology in the chain. Does seeing this as a single system improve accessibility?

5/ Mining isn’t accessible to everyone. Bitcoin mining should be as easy as plugging a rig into a power source. There isn’t enough incentive today for individuals to overcome the complexity of running a miner for themselves. What are the biggest barriers for people running miners?

Our team led by @JesseDorogusker will start the deep technical investigation required to take on this project. We’d love your thoughts, ideas, concerns, and collaboration. Should we do this? Why or why not? We’ll update this thread as we make our decisions. And now over to Jesse.”

Meanwhile, Square has doubled its money on its Bitcoin investment. The firm’s $220 million investment is now worth over $470 million.

Back to Top
Close
X
Hypocrisy at its finest: Facebook whistleblowers are feted, while Julian Assange is jailed…TechnologyRTThe very contrasting treatment of whistleblowers willing to testify against Facebook with that of the imprisoned WikiLeaks founder shows us that the…